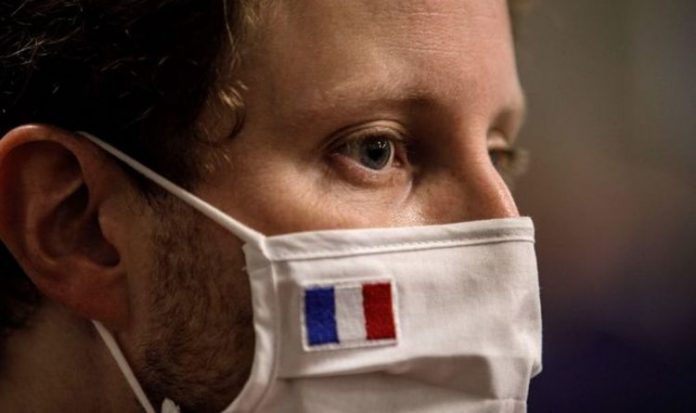 Europe minister Clement Beaune said yesterday his country was in a better place than the UK because it had administered more two-dose Covid jabs. But he ignored the fact Britain has dished out almost 16 million coronavirus vaccines – more than five times more than France – since starting its mass vaccination programme last year.

Mr Beaune said: “The British are going faster because they have relied heavily on the first injection.

“They have relied heavily on the first dose, setting a very wide gap between the first and the second injection.

“And that is not recommended by our health authorities, by our Ministry of Health.”

But his comments, reported by Express.co.uk, sparked an angry and sarcastic backlash in the UK.

Another said: “For a country that has produced some very smart people, why do the French vote so many fools into power?”

Another reader said: “Macron is so busy spending time posing and posturing in the EU that it’s difficult to believe he has any real grip on what’s going on in his country.

“Isn’t this the guy who during a short space of time reduced his country to civil war (remember the yellow jackets and riots)?

And another said: “The EU are in this mess as the French tried to gather the vaccine budget within it’s border with Sanofi.

“Few weeks and the truth will be known! In the meantime probably best to close your mouth!”

Another reader said: “This French guy is a bit of a fool as he does not realise that our strategy is to give more people first jabs and it’s working.”

Mr Zahawi said early research from Oxford University has been promising but cited “two big studies” by Public Health England on the impact of vaccines on Covid-19 – the Vivaldi study on care home residents and staff, and the Siren research on healthcare workers – as being important.

He said: “We’ve got to make sure that you bring down the infection rates, hence why we’re waiting to see the data on transmission.

“The Oxford team had some early data which is really encouraging on transmission, which has to be peer-reviewed.”