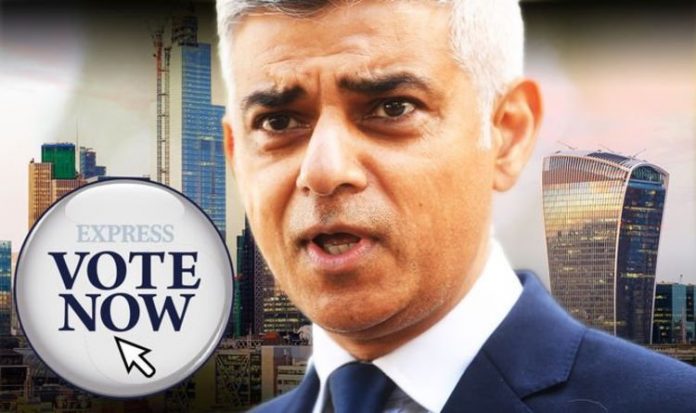 With violent crime rising, the rate of housing being built in London falling, and the poor state of Transport for London, Mr Khan is facing increasing pressure over how he has run the country’s capital. Considering those factors, Express.co.uk is asking: “Will Sadiq Khan’s management of London spark collapse of Red Wall in the south?” London has become a last a stronghold for the Labour party in recent elections and was one of the few areas to vote for Jeremy Corbyn last December.

But with so many issues arising in the capital, Mr Khan’s handling tenure as Mayor could cause the seats to turn blue in the future, thus destroying Labour’s Red Wall in the south.

Set to be one of the major themes throughout next year’s election, will be the rise in violent crime across the capital.

In the Office for National Statistics’ latest figures for crime in the capital in the year ending March 2020, there was a seven percent increase in offences involving knives or sharp instruments.

TfL was handed a vital £1.6billion bailout in May which is due to expire October 17.

However, TfL needs £2billion from the second-half of next year and a further £2.9billion the following year if it is to survive.

This package for the TfL comes from a request submitted by the Mayor of London to the Exchequer.

This includes a £20.5billion fund to build more affordable homes in the capital ahead of Rishi Sunak’s spending review.