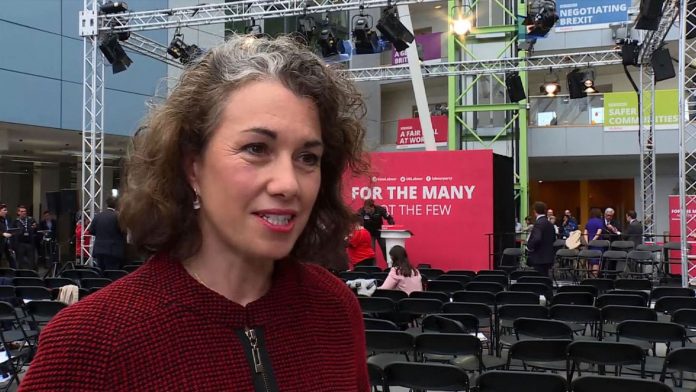 Sarah Champion is said to have received death threats after a charity released a report that was heavily critical of her.

Ms Champion, Labour MP for Rotherham, resigned from the shadow cabinet last summer after writing an article for The Sun newspaper in which she said: “Britain has a problem with British Pakistani men raping and exploiting white girls.

“There. I said it. Does that make me a racist? Or am I just prepared to call out this horrifying problem for what it is?”

She was referring to scandals during which mostly white girls were groomed by gangs of mostly Asian men.

She later apologised for her “extremely poor choice of words” and stepped down from her role as shadow women and equalities minister.

Police increased her protection after a Rotherham-based racial justice charity, Just Yorkshire, released a report in March, The Times said.

The document criticised Ms Champion’s “incendiary comments”, saying they could cause a “potential rise” in racial tensions.

It added the MP had either been “deliberately reckless” in her comments in the article, or had “at worse” (sic) “compromised the very voices of victims that she claims to champion – by making grooming an issue of race rather than the systemic abuse of vulnerable children and young people that the state failed”.

Ms Champion said Just Yorkshire’s findings were “based on an extremely limited survey, distributed through networks not made in any way clear in the report”, The Times reported.

The newspaper said she had also apologised to Rotherham’s Pakistani community “for any hurt or adverse reaction I inadvertently caused”.

Nadeem Murtuja, chairman and acting director of Just Yorkshire, said any suggestion that his charity was part of a plot against Ms Champion was “completely wide of the mark”.

Taiba Yasseen, a member of the Labour-run local authority’s cabinet, is said to be viewed as a potential successor to Ms Champion as the town’s MP.

She said: “Sarah and I are friends and colleagues. I fully support her and the important work she does.”

Ms Champion’s office told Sky News she would not be commenting on the story.

The month after she stepped down from the shadow cabinet, she said politicians on the “floppy left” are too scared to confront the facts on sex grooming gangs because they fear being branded racist.