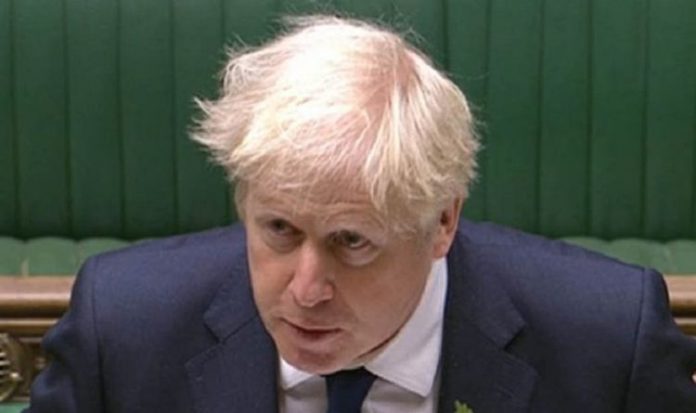 Barrie Deas, chief executive of the National Federation of Fisherman’s Organisations (NFFO), also outlined five key tests any agreement needed to pass before being deemed acceptable to his members. Mr Deas was speaking after widespread reports suggested UK chief negotiator Lord David Frost was preparing to sign the UK up for a deal which would cut demands for a 60 percent reduction in the catch by value in British waters to 35 percent – much nearer to the 25 percent proposed by the EU.

The claims were subsequently dismissed in no uncertain terms by Number 10.

However, Mr Deas made it plain such an arrangement would not be acceptable.

Mr Deas told Express.co.uk he was reluctant to comment on specifics until he had received information direct from the UK negotiators.

But he added: “What is clear is that the UK government clearly understands that what would be unacceptable to the fishing industry would be anything that dilutes the UK’s status as an independent coastal state.”

Mr Deas said any deal which might emerge in the next few days would be judged on:

Mr Deas added: “Any deviation from these measures would not be acceptable.

“They, after all, reflect the EU’s current arrangements with other coastal states like Norway.”

There were currently a total of 140 shared stocks, Mr Deas explained, with some – such as channel cod, where the UK share is nine percent while the French share is 84 percent – requiring a “massive rebalancing”.

As such it was critical for any deal to result in UK vessels landing the majority of fish stocks, without being specific about numbers, he said.

He also emphasised the importance of the exclusive 12-mile limit, pointing out that while EU member states may have fished in UK coastal waters for hundreds of years, the size of boats and technology used was not what it had been in the past.

The issue of access to UK waters has been a key sticking point for both sides.

Speaking yesterday, David Jones MP, deputy chairman of the eurosceptic European Research Group (ERG) told Express.co.uk: “There is no reason why the EU should not negotiate access with us on a yearly basis, as they do with Norway.

“The Government should insist upon just that.

“Fishing was an important industry for our country and, properly managed, our fisheries can once again support many thousands of jobs in our coastal communities.”

A senior European diplomat told Reuters on Wednesday that a Brexit trade deal could be imminent, raising hopes that Britain and the European Union could avoid a turbulent economic rupture in just eight days.

There was no confirmation from Britain that a deal was about to be struck; the two sides have given a dizzying array of conflicting signals over recent days, and another EU official said: “It could still go either way.”

An accord would ensure that the goods trade that makes up half of annual EU-UK commerce, worth almost £750billion in all, remains free of tariffs and quotas.