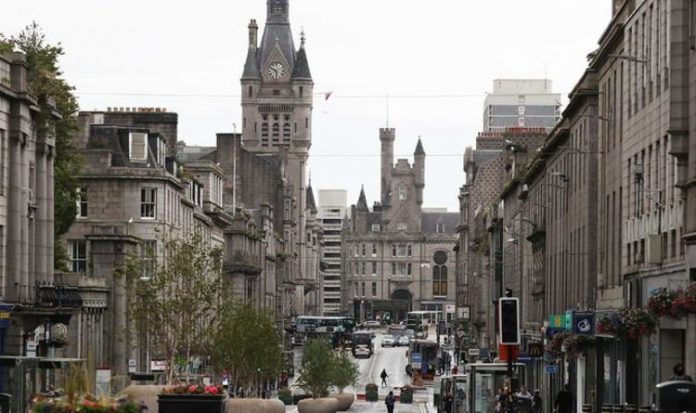 About 228,000 people in the Scottish city join the 4½ million affected in Northern England and more than 300,000 in Leicester last month. The Health Protection (Coronavirus, Restrictions on Gatherings) Regulations 2020 ban people from different households meeting in a private home or garden following soaring numbers of new cases. Anyone found flouting rules could be fined £100, up to a maximum of £3,200 for repeat offences.

People are prohibited from meeting others from different households outside the lockdown zone, for instance in nearby towns not subject to the rules.

And people cannot meet in groups of more than 30 in public places.

Scotland’s First Minister Nicola Sturgeon has closed pubs and banned travel in Aberdeen after 54 infections were reported yesterday – double the number on Tuesday.

The cases have been associated with the cluster stemming from the Hawthorn Bar.

NHS Grampian revealed 28 bars and restaurants, three golf clubs and a football club were now linked to the cluster.

The First Minister suggested pub crawls were behind the surge.

At her daily briefing in Edinburgh, she said the outbreak should be “the biggest wake-up call” since the early days of the pandemic.

Citing Covid flare-ups around the world she added: “This is a battle we have to fight and refight on a daily basis.”

Authorities in Greater Manchester have vowed to crack down on pubs, restaurants and supermarkets flouting COVID-19 regulations.

a battle to fight on a basis’ New restrictions were introduced after a spike in cases of Covid-19 in Bradford, Calderdale and Kirklees as well as in Greater Manchester and east Lancashire.

Preston has been warned it may also be forced back into lockdown. Government data shows the Lancashire city’s infection rate has more than doubled in a week.

Lancashire director of public health Dr Sakthi Karunanithi warned residents to prepare for tough measures to be reintroduced “within days”.

He added the infection rate gave “little room for manoeuvre”.