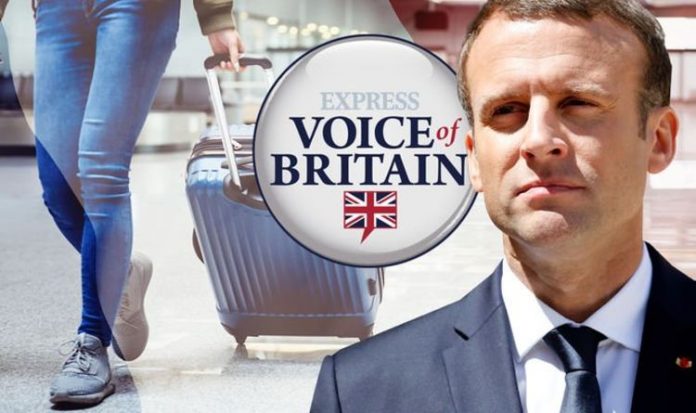 In France, coronavirus rates have increased steadily to 13.2 new infections per 100,000 people over the last month and fears have been raised about holidaymakers returning to the UK.

This week, Chancellor Rishi Sunak warned the government would “not hesitate” to take action over Britons travelling abroad.

Following Mr Sunak’s warnings of the risk of travelling abroad during the pandemic, an Express.co.uk poll, which ran from midday on August 7 to 9am on August 8, asked, ‘Should France be the next holiday destination to face UK quarantine rules?’

One person said: “All international travel should be, all but urgent.

Another said: “Anyone travelling anywhere abroad needs to isolate when they return.

“Australia insists on 14 days. This country needs to do the same to protect its citizens.”

Someone else pointed out France borders Spain, Belgium and Italy.

On Friday, Mr Sunak said ministers will “not hesitate” in ordering travellers coming back from countries with high COVID-19 rates to isolate for 14 days.

This came after Belgium, Andorra and the Bahamas lost their exempted status.

Mr Sunak told Sky News: “It’s a tricky situation. What I can say to people is we’re in the midst of a global pandemic and that means there is always the risk of disruption to travel plans and people need to bear that in mind.

“It’s the right thing for us to do to keep everything under review on a constant basis talking with our scientists, our medical advisers, and if we need to take action as you’ve seen overnight we will of course not hesitate to do that and we’re doing that to protect people’s health.”

But France still appears to be faring better than Belgium, which has seen its rate soar to 27.8.

It also has a rate lower than Spain’s when it was added to the restriction list at around 27.4.

The Foreign and Commonwealth Office also updated its travel advice to warn against all but essential trips to the three countries.

Brunei and Malaysia have been added to the Government’s travel corridor list following a decrease in confirmed cases of coronavirus meaning arrivals from these countries no longer need to quarantine.

Luxembourg was added to the UK’s red list on July 31.

The Foreign Office says it keeps its own travel advice “under constant review”.