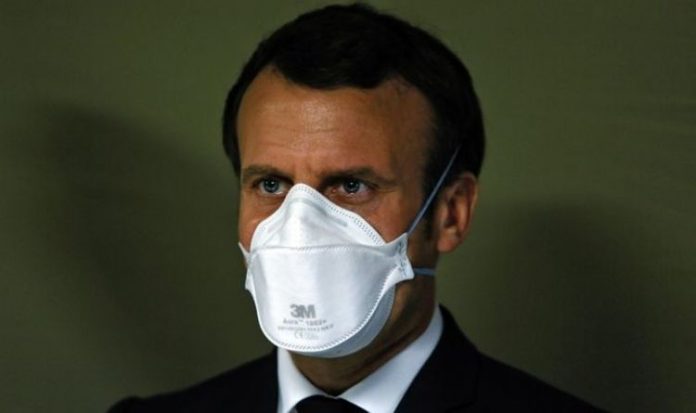 Travellers arriving in the UK from France after 4am on Saturday will be required to quarantine for 14 days. Following the announcement, the country’s secretary of state for European affairs Clement Beaune threatened “reciprocal measures”.

Mr Beaune tweeted: “A British decision which we regret and which will lead to reciprocal measures, all in hoping for a return for normal as soon as possible.”

And Calais mayor Natacha Bouchart branded the quarantine decision “an additional measure in terms of aggression”.

Ms Bouchart added: “We have the impression that the British Government is panicking.

“I would have preferred that tests be imposed on departures and arrivals.”

It comes after she said sending the Royal Navy into the English Channel to deal with migrant crossings was a “declaration of maritime war” earlier this week.

The move to add France to the quarantine list has sparked a rush of Britons scrambling to get home before the restrictions are imposed.

It is also a major blow to France’s tourism industry that relies heavily on visitors from the UK.

The decision was made due to fears over rising coronavirus cases in France.

The Prime Minister insisted the Government could not allow the UK’s population to be “reinfected or the disease to come back in”.

He added: “That is why the quarantine measures are very important and we have to apply them in a very strict way.”

Spain is already on the quarantine list after being added with just a few hours’ notice in July following a surge in coronavirus cases.

Travellers into the UK from the Netherlands, Monaco, Malta, Turks & Caicos and Aruba will also have to quarantine for 14 days from 4am on Saturday.

The World Travel and Tourism Council (WTTC) hit out at the decision to order quarantine restrictions for travellers into the UK from France.

WTTC president Gloria Guevara said: “WTTC is deeply disappointed that thousands of British holidaymakers have had their holidays ruined, now the UK Government has added more countries to its quarantine list, including popular summer holidays destinations France and Malta.

“While we agree public health should remain the top priority, this move will crush what little confidence there is left in the fragile travel and tourism sector.

“The UK clearly lags behind other countries, which have shunned quarantines in favour of comprehensive programmes of testing for everyone departing and arriving back into their respective countries.

“International co-ordination and programme of testing for anyone who wants to go on holiday to help stop Covid-19 in its tracks are crucial in order to rescue three million jobs in the UK alone.”

A spokeswoman for travel trade organisation Abta said: “The Government’s measures to restrict travel will result in livelihoods being lost unless it can step in with tailored support for the travel industry.

“The announcements relating to Spain, and now France, impact the two biggest destinations for British holidaymakers at the height of the summer season, affecting an industry that has had its trade significantly restricted since the start of this crisis.

“At this time of recession, a plan is urgently needed to protect the 221,000 jobs the travel industry sustains.”