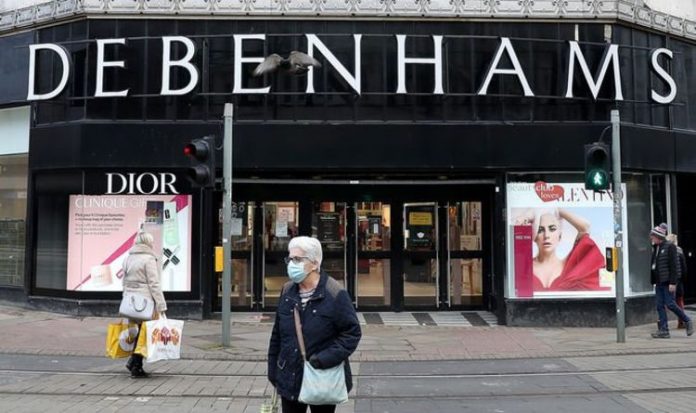 The group is in talks with the department store’s administrators in a bid to save at least some of the 12,000 jobs at risk by its possible liquidation. It is understood Mr Ashley is only interested in around 30 stores out of 124. And the group yesterday warned there was “no certainty” it could save the chain. A statement said: “While Frasers Group hopes that a rescue package can be put in place and jobs saved, time is short and the position is further complicated by the recent administration of the Arcadia Group, Debenhams’ biggest concession holder. “There is no certainty that any transaction will take place, particularly if discussions cannot be concluded swiftly.”

If all stores were to close, it would be the single biggest jobs hit from one UK company during the pandemic.

Mr Ashley, whose business empire was founded on the Sports Direct brand, already controls House of Fraser – another department store chain which had collapsed before he bought it.

He used to be a major shareholder in Debenhams, but his holding of £150million was wiped out when the company fell into administration last year.

Debenhams blamed the latest collapse on the first lockdown, which saw its stores closed for three months.

Both Debenhams and Sir Philip Green’s Arcadia, which owns Topshop and Burton among others, were put at risk last week in the latest bloodbath in the retail sector.

Debenhams looked as though it might disappear from the high street after 242 years when JD Sports last week pulled out of a potential deal.

Frasers’ Chris Wootton said: “We have found that Debenhams has been overly reliant on Arcadia for many years and, with no end in sight to the outdated business rates regime which punishes Debenhams, it may be a bridge too far.”

Hundreds of thousands of people descended on to the store’s website to take advantage of 70 percent taken off remaining stock.

Women’s fashion retailer Bonmarche, which employs 1,500 and has 225 stores, was forced to call in administrators last week after falling into administration for the second time in 12 months.

It is the first time the figure has passed £1billion on the annual day which encourages people to go out and support smaller firms.