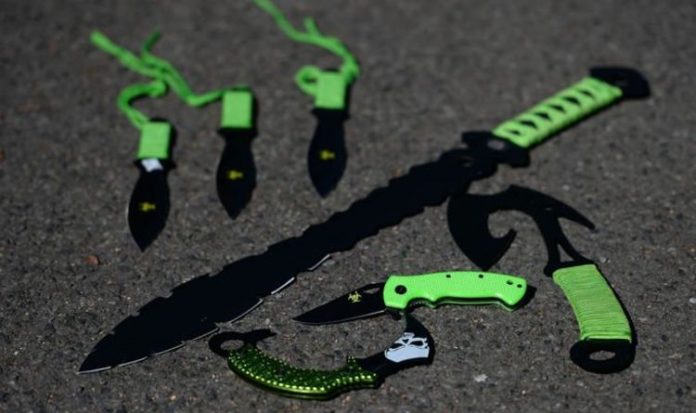 Anyone who hands in something on the designated list will be able to claim a total of £30 compensation under the Home Office Offensive Weapons Act Surrender and Compensation Scheme. It coincides with a new law that will make it illegal to possess an array of weapons even if they are kept secured at home. An Essex Police spokesman said: “It is illegal to have blades and weapons including knuckledusters, flick knives, batons, and rapid firing rifles in a public place.

“But they will soon also be banned from private premises under The Offensive Weapons Act.

“The Home Office is leading the national surrender scheme for people to hand in weapons that fall under the legislation. It runs until March 9, 2021.

“Specially trained officers will arrange for the safe collection of firearms.”

People must also prove they are the legal owner of the weapon and provide name and address details.

Crime and Policing Minister Kit Malthouse said: “We are prohibiting ownership of dangerous weapons which have a high potential for causing harm – every item surrendered is one which can no longer fall into the hands of criminals.”