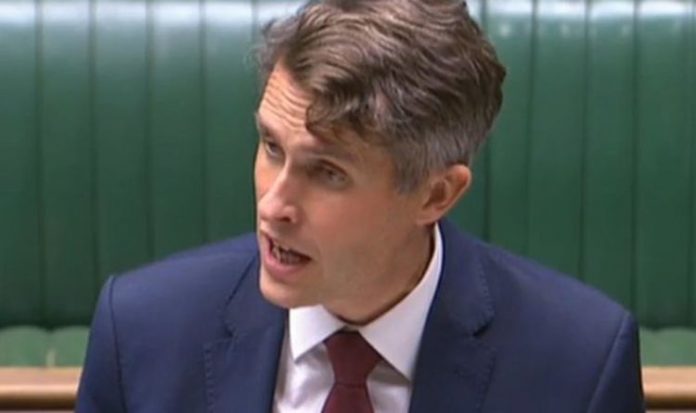 Gavin Williamson has apologised to students again for the exam chaos in August due to a failure in the Ofqual system. The Education Secretary said that next year’s GCSE and A-level exams could be pushed back to give pupils more time to study. It comes as the Social Mobility Foundation (SMF) has written to the Education Select Committee with concerns that poorer pupils are still being “overlooked” due to limited criteria for appealing over grades.

Speaking in the House of Commons, Mr Williamson said: “The independent regulator Ofqual had put in place a system for grades that we believed to be fair and robust.

“It became clear however that there were far too many inconsistent and unfair outcomes for A and AS Level students and that it was not reasonable to expect these to be dealt with even though a boosted and enhanced appeals process.

“Instead students have been awarded the grades that schools and colleges estimated they were most likely to have achieved or their calculated grades if they were higher.

“This situation has caused a great deal of stress and uncertainty and I’m deeply sorry that those who have borne the brunt of it have been students themselves.

“I can only apologise to them again for this.

“We took immediate action to provide certainty as soon as it was clear that if we didn’t too many students would have received grades that wouldn’t reflect their hard work and ability.”

Mr Williamson added the Government is determined that exams and assessments will go ahead in 2021.

He told MPs: “We are determined that exams and assessments will go ahead next year, and we’re working with the sector to ensure that this is done as smoothly as possible.”

It will be the first time many pupils in England have stepped into a classroom since March, when schools were closed except to look after vulnerable children and those of key workers.

The National Association of Head Teachers (NAHT) has called on the Government to temporarily scrap fines for parents who do not send their children back to class due to fears around coronavirus.

The YouGov poll of more than 650 parents found that nearly half (48 percent) think it would be unfair to fine parents who do not send their children back to school because of the pandemic.

The Department for Education said fines for parents who refuse to send their children to England’s schools will only be used as a “last resort”.