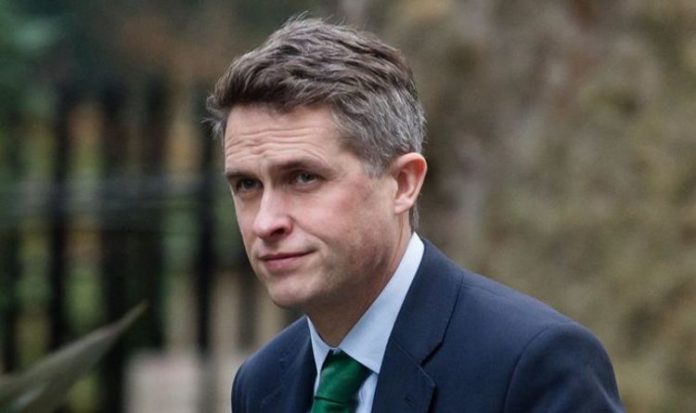 Conservative peer Lord Ralph Lucas has claimed “some blood is let” after situations like the results fiasco when he was asked whether Education Secretary Gavin Williamson will be sacked. It comes as protesters gathered outside Downing Street on Friday chanting for the Cabinet minister to leave his role. Prime Minister Boris Johnson has insisted that he has confidence in Mr Williamson and described the system as “robust”.

Speaking to LBC, Lord Ralph said: “I think it’s traditional in politics that some blood is let after things like this.

“The Government has a majority so I guess it doesn’t need to do it, but I shouldn’t be surprised.”

Mr Williamson has since announced appealing against A-level and GCSE grades will be free of charge in England.

He said it would be a “shocking injustice” if cost stopped appeals being made on behalf of pupils with a “strong and legitimate” case.

Conservative MPs voiced concerns about the process used by exam regulator Ofqual to moderate A-level results, with Sir Robert Syms suggesting the Westminster Government may have to follow Scotland’s lead if the appeals procedure failed to deal with the issues.

The SNP-led administration at Holyrood opted to allow results estimated by teachers to be accepted.

Greater Manchester Mayor Andy Burnham also said he is considering a legal challenge against Ofqual over the “unfair” A-level results process, given the impact on pupils in his region.

Outlining how the Government did not want to deter schools from appealing, Mr Williamson told the Times: “I do not want a youngster to feel they are in a situation where there is a strong and legitimate case for grounds for appeal, but an appeal is not made on grounds of cost.

He called on the regulator to publish details of the algorithm it used to make its calculations.

“I am worried about it because some figures suggest that disadvantaged students have been penalised again,” he told BBC Radio 4’s The World At One.

“I am also worried about further education colleges because they have been improving in recent years and yet they seem also to have suffered under this grading system.

“If the model has penalised disadvantaged groups this is very serious and if it has disadvantaged colleges that has to be looked at. Ofqual will have to adjust the grades.”