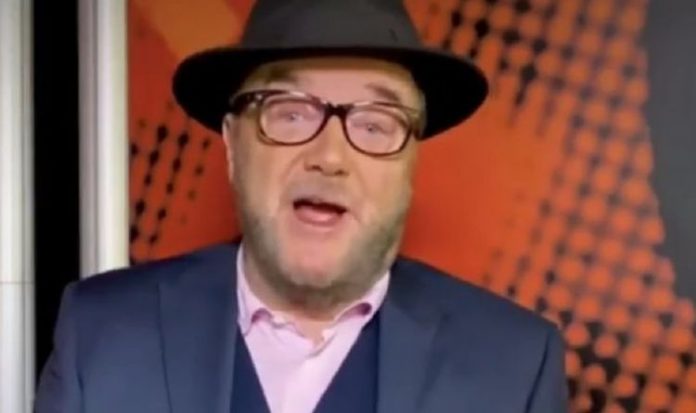 During his show, Mr Galloway warned of the dangers of the SNP’s Hate Crime Bill. He insisted that it has caused considerable division and resulted in more hate. He also accused the SNP party of hating the English, making the Hate Crime Bill, in his opinion, an ironic move by the Government.

The Bill, which aims to reduce hate crimes, has attracted criticism from comedians, religious organisations and the police for being too heavy-handed.

Mr Galloway said: “Did you hear about the Hate Crime Bill that ended up stirring up, well, hate?

“If you haven’t heard about it, you haven’t been paying attention to what the SNP Government in Edinburgh at the Scottish Parliament in Holyrood are up to.”

Mr Galloway continued to attack the SNP Government and insisted that they had been shown to hate the English.

He said: “It is a bit difficult in principle for an SNP Government to introduce a Hate Crime Bill because, frankly, their whole shtick is hate of the English.

“That is my point of view, it’s not theirs as they say that their nationalism is civic and joyous.

“But did you ever know a nationalist movement that sought to separate a country from another, was it civic and joyous?

“I haven’t met them yet but that is a matter of taste and that is not the reason I am against the Hate Crime Bill.”

If the law is passed by the Scottish Parliament, it means words or behaviour considered to be “abusive” and “likely” to stir up hatred would constitute an offence.

However, the controversial legislation has already faced criticism from the Scottish Police Federation, the Catholic Church in Scotland and the Law Society of Scotland, along with groups including the Free to Disagree campaign.

The Scottish Parliament have highlighted on their website why the Bill was created and being considered.

A segment read: “The Bill is a response to the recommendations made in Lord Bracadale’s independent review of hate crime laws.

“The Bill has been created to make sure that the groups covered by the Bill are protected from hate crimes. It also makes sure that the laws that provide that protection are fit for the 21st century.

“Crimes motivated by prejudice will be treated more seriously and will not be tolerated by society. The Bill has been created to make this clear to victims, those who commit hate crimes, and the wider society.”