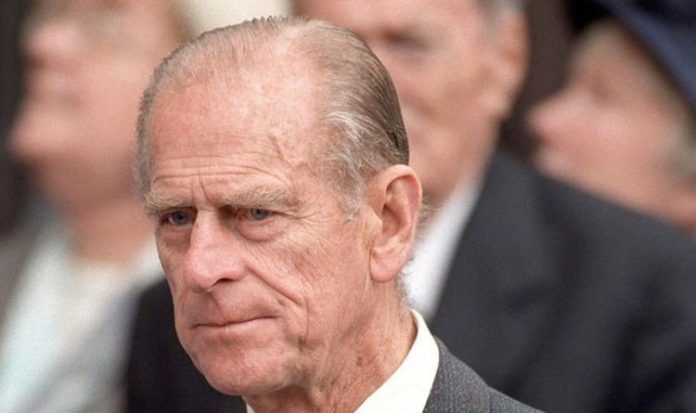 Philip has always been two steps behind the Queen ever since she first ascended the throne in 1952. Although he retired in 2017, he is still considered to be an unwavering pillar of support for the monarch. Yet, he was not always revered as a key part of the Royal Family’s backbone as he is today.

During his wedding to the then Princess Elizabeth, his three sisters were not invited, because they had married German princes with Nazi ties back in the Thirties.

Their 1947 wedding took place so soon after the trauma of World War 2 that Palace insiders still feared any association with Germany.

Royal author Hugo Vickers has even claimed: “The Queen Mother, the scion of Scottish nobility, remained resolutely anti-German to the end.”

Yet, Philip’s connection with Germany extended beyond his sisters.

Philip’s family, although part of the Greek royal family, were accustomed to speaking German, as well as French, behind closed doors due to their heritage.

Prince Philip has faced some backlash in the past over his German links (Image: Getty)

Philip and the Queen — then Princess Elizabeth — wed in 1947 (Image: Getty)

The Duke of Edinburgh also attended school in the German municipality of Salem in 1933, the year Adolf Hitler became the Chancellor of Germany.

Nazis began to take over Philip’s new school, Schloss Salem, and German pupils were forced to sign up with the Hitler Youth.

However, royal biographer Ingrid Seward explains in her new book, ‘Prince Philip Revealed’, that the future Prince Consort narrowly avoided becoming a member because “foreigners” were exempt at the time.

She continued: “Some teachers joined the SS storm troopers and Philip complained that there was a lot of ‘ghastly foot-slogging’.”

Philip with his three sisters in 1947 — his fourth sister died in a plane crash (Image: Getty)

Ms Seward added: “Philip was too young to have much of a political opinion but he mocked the Nazi salute, which he likened to the raised arm of a boy in class at Cheam asking if he could be excused to go to the lavatory.”

Another of Philip’s biographers, Philip Eade recalled how one of his schoolmasters remembered the royal.

They said: “He had little opportunity to make real friends and he spoke very little German. He was really very isolated.”

Philip also lived with his sister Theodora, and her husband at Schloss Salem, while the other pupils boarded at school making him an “outsider”.

Ms Seward claimed that it was “to Philip’s great relief” when, after only two terms, his family decided he should return to the UK for his education.

Instead he attended Gordonstoun school in Scotland, founded by Kurt Hahn — an outspoken German educator who fiercely criticism the Nazi regime and was briefly imprisoned as a Jew in 1933.

Even this school was seen to build the case against Philip when he was being considered as a suitor for Princess Elizabeth.

Mr Eade explained in his book, ‘Young Prince Philip’, that Gordonstoun, “was seen as suspiciously German and dangerously progressive”.

This was where a great deal of aristocratic hostility towards Philip reportedly came from, even though he was proud to call the UK his home and fought for Britain in World War 2.

The whole Royal Family also has German links, through former spouses such as Queen Victoria’s husband, Prince Albert of Saxe-Coburg and Gotha.

“It was all bound up in a single word: German.”

The diplomat who became the Queen’s private secretary was reportedly worried about a “Teutonic strain”, too, referring to Philip’s Germanic heritage.

Despite clearly not feeling at home in Germany, Philip’s links to the country came back to haunt him even after he was naturalised as a British citizen in 1947.

Yet, the Duke of Edinburgh’s dedication to the crown has undone scepticism about his German heritage — he and his wife were even at the forefront of reviving relations with the nation in the Sixties.

In 1962, he made a momentous speech about Anglo-German relations and said: “It may be difficult for people to see any virtue in forgiving one’s enemies, but let them reflect that it is much more likely to achieve a better future than stoking the fires of hatred and suspicion.”