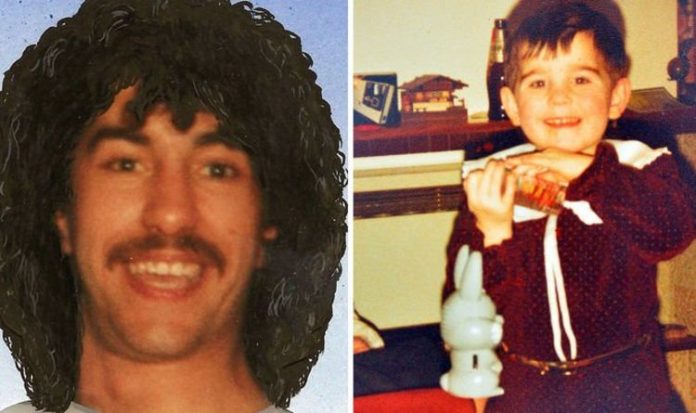 Adam Stein from Glasgow was jailed for life after he abducted and raped Collette Gallacher in Corby, Northamptonshire. He was given a life sentence with his tariff for parole set at 18 to 20 years. Stein is due to be released on parole from his life sentence in March – despite the fears from the victim’s family that he could go home to attack again.

In February 1986, Collette disappeared after heading off to catch a school bus.

Her mum Karen made a public appeal to find her, but it was in vain.

Stein is understood to have left Scotland in the 80s. He spent time in Amsterdam and was briefly married to a woman from London but moved to Accrington, Lancashire, where he settled down with another partner.

Stein is then understood to have moved to Corby when the relationship ended.

At the time Corby was known as Little Scotland due to its large expat community. Many Scots worked at the local steel plant.

The family understand Stein was questioned over a sexual assault in Scotland between 1980 and 1983.

In 1984, two years before the murder of Collette, Stein was arrested by police after an accusation of rape.

No charges were ever brought and he was not prosecuted.

Claire said: “We understand he has history of being questioned in Scotland in connection with a previous sexual offence prior to murdering my sister. Why did he move from Scotland to England?

“He could have offended anywhere in the 1980s. We are appealing to anyone who may have been previously attacked by him, who didn’t feel brave enough to come out.

“Four people from our town have stepped forward with information. The more that come out make us realise how many more cases there could be across the country.”

The Parole Board confirmed a panel directed the release of Stein after examining a range of evidence.

He has been granted parole under strict conditions but cannot be put on the sex offenders’ register because it came into force in 1997 – before he was convicted.

Northamptonshire Police said a cold case team had investigated a previous allegation of sexual assault by Stein in the Milton Keynes area and they were aware of an earlier investigation in Scotland.

They urged alleged victims of historic crime to come forward.

Police Scotland said it could not comment on the Scottish investigation.