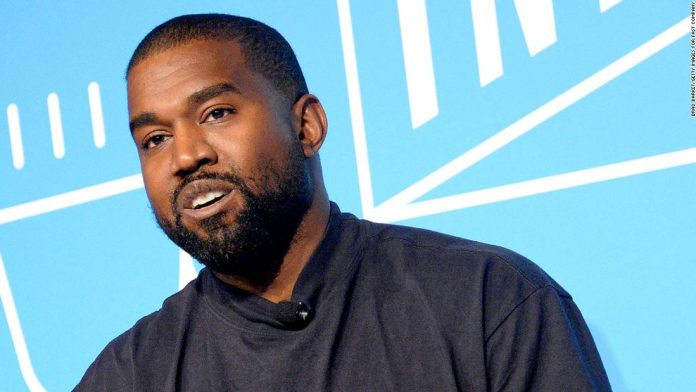 Republican operatives, some with ties to President Donald Trump, are actively helping Kanye West get on presidential general election ballots in states ranging from Vermont to Arkansas to Wisconsin.

The effort is raising questions about whether Republicans are pushing for the rapper’s addition to the ballot as a way to potentially siphon voters from presumptive Democratic presidential nominee Joe Biden.

Until Tuesday, West’s attempts to get his name on the ballot have only focused on states that are either dominated by Republicans or Democrats in presidential elections. But West’s expected addition to the ballot in Wisconsin means the rapper will likely be a choice for voters in a battleground state that is key to both Trump and Biden’s path to winning in November.

Democrats in Wisconsin and beyond called it a blatant attempt to appeal to young Black voters who may be unenthused about the Biden campaign. Any downturn in turnout for Biden among young black voters, a group the Trump campaign has tried to target in the race against the former vice president, could impact the outcome in states with traditionally narrow margins, like Wisconsin.

“Thankfully the Trump team is showing their cards that the real force driving Kanye West to run is not people but Trump,” state Rep. David Bowen, a Democrat who represents Milwaukee, told CNN. “This is clearly a targeted effort by Republican operatives to cause confusion and problems for typically Democratic voters on Election Day.”

“It’s sad to see a popular music artist like Kanye,” he added, “be used as a pawn to trick his own people & fans to vote for a fake campaign.”

People affiliated with West’s campaign spent much of Tuesday collecting enough signatures to get on the ballot in Wisconsin. And the effort appears to have succeeded, as Lane Ruhland, a longtime Republican lawyer with ties to the state party and Trump campaign, dropped the signatures off to the state’s election board nearly at the deadline. West’s signatures still need to be verified by the election board.

Ruhland has worked for Republicans for years and is listed as one of the lawyers representing the Trump campaign in a lawsuit against a local Wisconsin television station over an anti-Trump ad they aired from Democratic super PAC Priorities USA.

The Wisconsin Republican Party, in a statement to CNN on Wednesday, cheered West’s addition to the ballot and Ruhland’s involvement.

“It appears that the Kanye West campaign made a smart decision by hiring an experienced election attorney,” said Alesha Guenther, the party’s spokesperson. “We welcome Kanye West and all other candidates who qualified for ballot access to the race, and look forward to delivering Wisconsin’s 10 electoral votes to President Trump.”

Ruhland did not respond to CNN’s request for comment. But the Wisconsin lawyer is not the only Republican operative to have helped West land on a state ballot.

Wilton’s wife, Wendy, is also listed as a possible Republican elector from Vermont and is a Trump appointee to the United States Department of Agriculture.

Neither Keller nor Wilton responded to CNN’s request for comment.

Despite operatives with ties to the President helping West, Trump campaign spokesman Tim Murtaugh denied any knowledge of West’s efforts in a statement to CNN on Wednesday.

“There’s no conflict to waive but we have no knowledge of anything Kanye West is doing or who is doing it for him,” Murtaugh said.

West, after years of supporting Trump, declared last month that he would run for president, leading Republicans — including the President himself — to speculate that West’s name on the ballot would pull votes from Biden, especially among black voters.

“That shouldn’t be hard,” Trump tweeted. “Corrupt Joe has done nothing good for Black people!”

West, until announcing his own presidential bid, had been close to Trump and has made a number of bizarre appearances with the President. He grew closer to Trump after his wife, Kim Kardashian West, worked with the President and top White House officials, including Trump son-in-law Jared Kushner, on criminal justice reform.

West’s first campaign event, a rally in South Carolina last month, was a unusual affair that looked nothing like a traditional campaign. The rapper — clad in what looked like a protective vest — made erroneous comments about Harriet Tubman and at one point broke down crying at the North Charleston event. The appearance led many to voice concerns about his well being. And a few days later his wife made a public statement acknowledging West’s bipolar diagnosis and asking for compassion and empathy.

“Those who are close with Kanye know his heart and understand his words some times do not align with his intentions,” she wrote.

Some Republicans believe the addition of West could siphon votes from Biden in places like Wisconsin. Trump carried the state by fewer than 23,000 voters in 2016, with a substantial decline in turnout among black voters from the 2012 reelection of President Barack Obama.

But Biden’s support among Black adults is not monolithic and far stronger with older Black adults. A recent Washington Post poll found that 87% of black seniors said the former vice president is “sympathetic to the problems of black people in America,” while that figure drops to 66% with adults under 40.

To cut into Biden’s support with Black voters, Trump’s campaign and the Wisconsin Republican Party opened a field office at the corner of North Avenue and Martin Luther King Jr. Drive. A quote from the slain civil rights leader is prominently displayed in the window, alongside a red Trump campaign sign, reading, “Hate cannot drive out hate. Only love can do that.”

Democrats were uncertain of West efforts on Wednesday, with some outright dismissing the effort as laughable and others arguing the ties to the Wisconsin Republican Party and Trump campaign are a stinging indictment of the lengths the party will go in an election.

The Biden campaign and Wisconsin Democratic party declined to comment when asked about West on Wednesday. CNN reached out to West’s campaign and did not hear back.

Mandela Barnes, the state’s lieutenant governor of Wisconsin, tweeted on Wednesday that West’s efforts are “as big a circus as it looks.”

“A dark twisted fantasy, if you will. A distraction,” Barnes wrote. “This is what desperation looks like.”

And Cavalier Johnson, president of the common council in Milwaukee, tweeted on Wednesday that West inclusion was a “plan to trick enough Black people in Wisconsin to vote for @kanyewest to siphon votes from @JoeBiden.”

“They’ve decided to take advantage of a man with a large following and a mental health disorder for political gain,” Johnson wrote, nodding to the rapper’s bipolar disorder. “This is shameful, pitiful, and not surprising. This ruse will only galvanize African Americans and allies in Milwaukee and across the state to vote for @JoeBiden and end Donald Trump’s executive time plotting at the White House.”

To date, West is on the ballot in Oklahoma, Illinois and Vermont. In Missouri, West Virginia, Arkansas and now Wisconsin, the rapper has made the ballot but the signatures he submitted have not been verified.

West’s campaign also submitted signatures on Wednesday to attempt to get on the ballot in Colorado and Ohio, the latter being a battleground state important to both the Biden and Trump campaigns.

And in Colorado, Betsy Hart, communications director for the state’s secretary of state, told to CNN that “Mr. West’s campaign has filed the paperwork along with the $1,000 filing fee.”

“Our office will still need to review that the presidential electors filed are registered Colorado voters before his paperwork is confirmed as complete,” Hart said.

There is a chance West doesn’t make it in all of these states where the signatures still need to be verified.

West has missed the ballot in a host of states, including New York, Kansas, Maine, Pennsylvania, South Dakota and South Carolina. The signature deadlines in Ohio, Colorado and Hawaii are on Wednesday, while California, Connecticut and Washington are later in the week.

This story has been updated to reflect efforts to get West on the ballot in Colorado and Ohio.