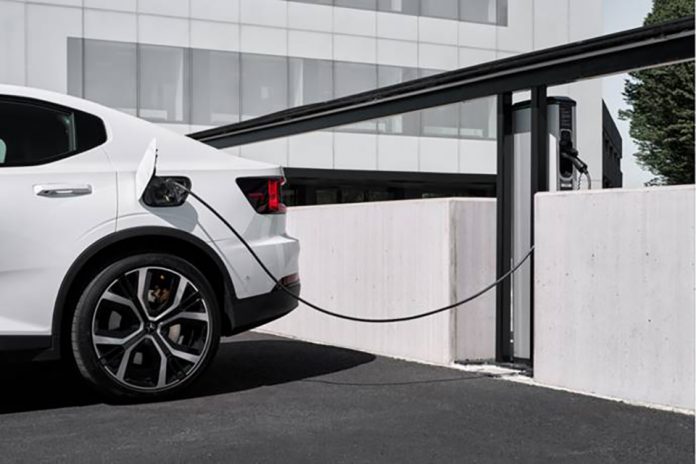 The UK has taken another historic step on the road to ending its contribution to climate change while boosting jobs in the process, as the Prime Minister, Transport Secretary and Business Secretary announced the end of the sale of new petrol and diesel cars in the UK by 2030. This will put the UK on course to be the fastest G7 country to decarbonise cars and vans.

Following consultation with stakeholders, industry and the wider public, a 2-phased approach to the process was announced today (Wednesday 18 November 2020).

Step 1 will see the phase-out date for the sale of new petrol and diesel cars and vans brought forward to 2030.

Step 2 will see all new cars and vans be fully zero emission at the tailpipe from 2035.

Between 2030 and 2035, new cars and vans can be sold if they have the capability to drive a significant distance with zero emissions (for example, plug-in hybrids or full hybrids), and this will be defined through consultation.

The move is underpinned by over £1.8 billion to support greater uptake of zero emission vehicles for greener car journeys. New measures announced today include more chargepoints to build on our world-class infrastructure network, alongside innovation for new clean technologies. This investment will improve air quality in our towns and cities, and support economic growth right across the UK, putting us at the forefront of the zero-emission vehicle revolution with vehicles built right here in the UK.

Part of today’s announcement is £1.3 billion to accelerate the roll-out of chargepoints for electric vehicles in homes, streets across the UK and on motorways across England, so people can more easily and conveniently charge their cars. Charging vehicles will become second nature and a part of everyday life, just like charging your mobile phone is today.

Today, a driver is never more than 25 miles away from a rapid chargepoint anywhere along England’s motorways and major A roads.

The government today has also pledged £582 million in grants for those buying zero or ultra-low emission vehicles to make them cheaper to buy and incentivise more people to make the transition.

Alongside the further funding, after laying legislation this week, green number plates are set to be introduced from December 2020 to increase awareness of cleaner vehicles on our roads and help local authorities bring in local incentives. For example, drivers could benefit from local initiatives such as cheaper parking and cost-free entry into zero-emission zones.

To ensure the phase-out dates are met and to support interim carbon budgets, the Department for Transport will publish a green paper in the coming months on the post-EU regulatory regime for CO2 emissions from new road vehicles. This will consider both overall fleet efficiency and how to best deliver the transition to 100% zero emission sales for cars and vans. A consultation on the phase-out of new diesel heavy goods vehicles (HGVs) to put the UK in the vanguard of zero emission freight will also be launched.

The UK is going further and faster than any other major economy to decarbonise transport, harnessing the power of clean, green technology to end the UK’s contribution to climate change by 2050.

Bringing forward the phase-out date could create 40,000 extra jobs by 2030, particularly in our manufacturing heartlands of the North East and across the Midlands, and will see emissions reductions equivalent to taking more than 4 million cars off the road.

We are also leading the charge when it comes to the transition to zero emission vehicles and today’s timely boost in funding builds on our world-leading £2.5 billion package to encourage drivers to make the switch.

As part of this, the government is committing £500 million of funding over the next 4 years through the Automotive Transformation Fund to put the UK at the forefront of the design and manufacturing of the next generation of zero emission vehicles.

The investment will help build a rich, diverse and sustainable supply chain that will form a vital part of the future industry, ensure the enormous strength the UK has in innovation can progress, and help maintain our position in a globally competitive market. It will also support around 169,000 jobs in the industry, including in our strong manufacturing bases across the Midlands and the North East.

I hope other nations will follow suit as the UK makes another ambitious commitment to protect our planet and reach our all-important target to end our contribution to climate change by 2050.

For the first time, ministers from the world’s largest car markets will come together on 27 November 2020 to form a new Zero Emission Vehicle Transition Council. Hosted by the Business Secretary, this will help to accelerate the pace of the global transition – with further meetings council meetings to take place in 2021, including at COP26.

As host of COP26, the UK is leading the way to double the pace of the global transition to a greener future, working with international partners, governments, industry, businesses and civil society to make the transition to zero emission vehicles easier, cheaper and faster for all.

For a greener maritime sector, the government is investing £20 million in a new clean maritime demonstration competition, which will support the UK design and development of clean maritime technology. This 1-year ‘springboard programme’ will lay the foundation for a network of real world projects to kick-start government investment in decarbonising the maritime sector ahead of COP26.

The government is also announcing the first stage of a new £15 million sustainable aviation fuel competition, which will support the early development of new industrial plants in the UK, and £3 million for a sustainable aviation fuel clearing house. £3 million will also be invested in research and development for the infrastructure needed to support the introduction of new electric and hydrogen planes.

There is also a further £1 million of funding being announced to extend e-bike hire schemes, which will allow those who are retired, studying, self-employed or looking for work to access the physical and health benefits of e-bikes.