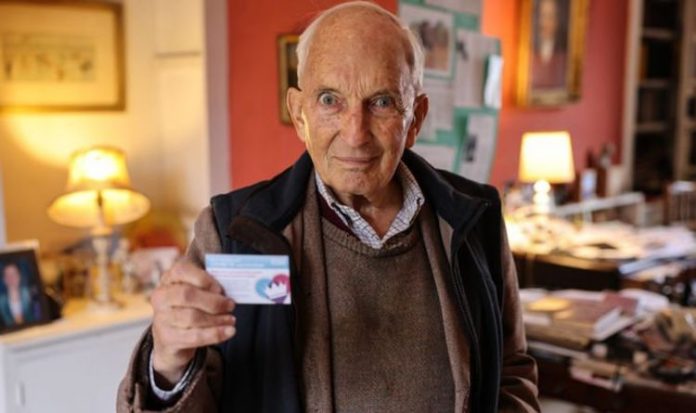 Martin Kenyon told a CNN camera crew: “There’s no point in dying now when I’ve lived this long.” Millions of viewers lapped up his words of wisdom when they were shared online and he was dubbed “the most British man on the planet”. But yesterday he revealed he could not wait to wrap his arms around grandchildren Leo, seven, and Molly, 10.

Martin said: “I haven’t been close to them for several months, really.

“The people who could have been the cause of my getting it [Covid] could have been my own grandchildren because they don’t show any symptoms and they haven’t been allowed to hug me.

“But now we’re going to be together for Christmas which is lovely.”

The retired anti-Apartheid activist, godfather to South African cleric Desmond Tutu’s youngest daughter, described having the vaccine as “the most uninteresting thing I could have done”.

In the CNN interview, he also complained about parking around Guy’s Hospital, near his Stockwell home in South London, and his “nasty lunch” – a prawn sandwich.