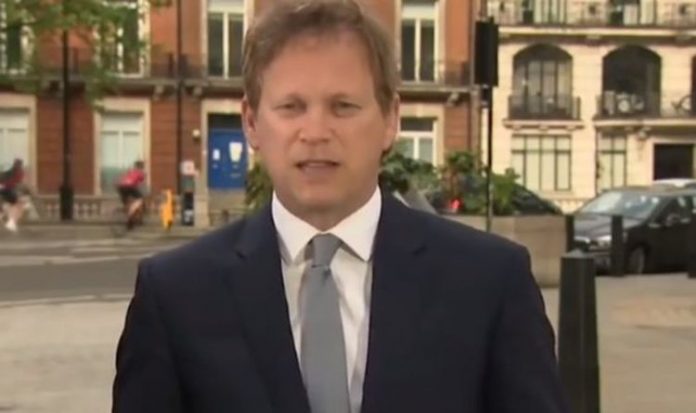 The Transport Secretary was quizzed on why Scotland’s First Minister Nicola Sturgeon urged people to work from home in Scotland despite the UK Government taking a different stance. Mr Shapps told Sky News that each of the devolved Government’s are taking the approach best suited to their country’s circumstances.

The Transport Secretary was asked: “Can you explain why the Health Secretary is at odds with the Scottish Government who have said it is not safe to return to the office?”

Mr Shapps replied: “We know obviously that there are four parts of the United Kingdom.

“The different administrations are pacing this to suit the condition in that particular area.

READ MORE: Future of UK hangs in balance – THIS is what Boris must do says JAMES STAPLETON

“Certainly as far as England is concerned we are saying it is safe to return to the office and we want people to return because there is a very important aspect here where we need to make sure we are protecting people’s jobs.

“We can only do that by ensuring that the economy is up and running so it is sensible to take an approach which is appropriate to the part of the country that you live in.

“If you live in England, we are now saying that you can return to work.”

Earlier this morning the Transport Secretary was challenged over the decision to reimpose quarantine restrictions on Croatia while areas of the UK are experiencing a higher surge of coronavirus cases.

He continued: “We have to act and my heart goes out to Britons not least because, actually, I had to come home from Spain after the quarantine was posed on there just as I arrived.

“I had to quarantine for two weeks, I completely get the inconvenience involved in all of this but it is just a fact of the summer.

“The virus does not respond to any of us other than in the way we, in this country, choose to apply the rules.”