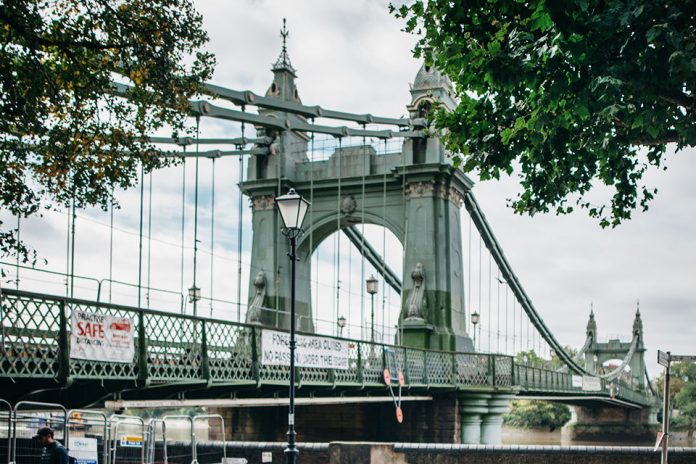 The eighth meeting of the Hammersmith Bridge Taskforce was held today, 27 November 2020.

The Taskforce held another productive meeting today. The Chair, Baroness Vere, noted the positive meeting with the Transport Secretary and Cllr Cowan, the leader of Hammersmith and Fulham Council, to discuss new proposals for the reopening of the bridge to both pedestrians and cyclists and motor vehicles. A further meeting on the temporary bridge proposals and funding is due to take place shortly.

Cllr Cowan updated the Taskforce on the new proposals from Delancey and Foster + Partners and discussed with the Taskforce how these might be incorporated into the current project plan.

Alongside DfT engineers and officials, I am continuing to provide project management support to assess and review all the proposals with the goal of enabling people to cross the river and move under the bridge as soon as possible.

The temporary ferry service is on track to be the most immediately available alternative river crossing for pedestrians and cyclists at Hammersmith Bridge.

The immediate mitigations work to the bridge’s two western pedestals is underway and contractors will be onsite from next week.

The Taskforce agreed to meet again in a fortnight.