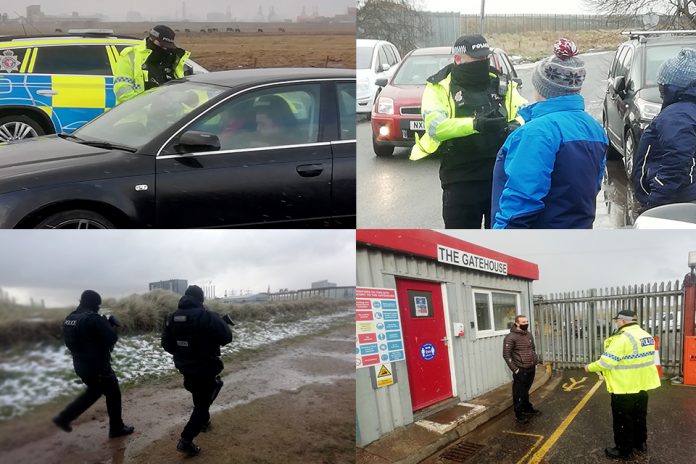 Project Servator will see highly visible yet unpredictable deployments of specially trained officers around the Hartlepool site and the surrounding local community. The operational deployments involve officers working together with our communities to report suspicious activity. These officers are deployed to disrupt hostile reconnaissance – the information-gathering terrorists and other criminals need to do to plan their activity – and provide reassurance to members of the public.

The CNC has been using Project Servator tactics for a number of years, after a pilot of the project was initially launched at Sellafield in 2016. The project is now rolling out across all other sites in the CNC.

Project Servator tactics are used by 23 UK police forces and New South Wales Police Force in Australia. They have been developed to enhance the effectiveness of our resources and not as a response to any change in threat.

Supt Donna Jones, who is the CNC lead for Project Servator, said: “A number of our officers have been specially trained in Project Servator tactics, which allow them to recognise the signs of people carrying out hostile reconnaissance or planning criminal activity.

“The main advantage of Project Servator however is that it allows us to connect with the communities around our sites. Those who live and work in an area know it better than anyone and notice anything out of the ordinary. Project Servator officers will now utilise the communities and businesses around our locations to hear about anything unusual that might be going on.”

“The deployments are unpredictable and we can turn up anywhere at any time. The aim is to work with our local communities to disrupt any hostile threat.

“Remember, together, we’ve got it covered – trust your instincts and report any suspicious activity directly to the CNC by calling 03303 138146.”

The CNC is the armed police force in charge of protecting civil nuclear sites and nuclear materials in England, Scotland and Wales. We employ over 1,500 highly trained police officers and police staff across the UK. Counter terrorism is a major part of our policing.

We have our own Twitter, Facebook and Instagram page, so keep up to date with recruitment information, Servator deployments or anything CNC by searching for us and giving us a follow. You can also find out about recruitment opportunities at our CNC Jobs website.