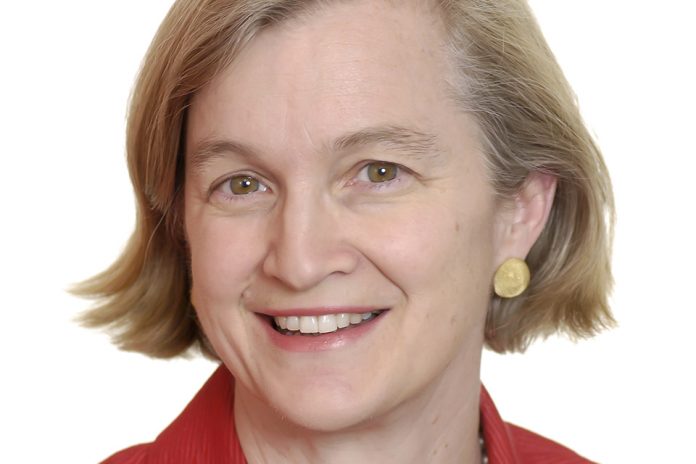 Last month, I discussed the initial findings from our autumn visits to education and social care providers. These visits, unlike inspections, are not aiming to grade schools, colleges, nurseries or children’s homes; they are not judgemental at all. Instead, we want to hear from the leaders of these services and use those conversations to better understand the experiences of children and learners during this very challenging start to a new academic year.

In September, we were only able to visit schools and children’s homes, but during October we visited all the institutions we would normally inspect. We have published reports that reflect the experiences of leaders working in schools, further education and skills, early years and social care – and we have also looked separately and in more depth at the experiences of children with special educational needs and/or disabilities (SEND).

Read reports on our findings for:

Now, after hundreds of visits and discussions, we are developing a clearer picture of how education and social care are responding to the challenges they face at the moment. And we have a better grasp of what those challenges are – both the impact of the pandemic on children, learners and staff, and the systemic issues highlighted or exacerbated over the last 8 months. I’d like to thank all of the leaders and managers who have spoken to us for their candour – and I’m delighted that so many have said they found the discussions helpful and constructive.

It’s becoming clear that children’s and learners’ experiences since the first national lockdown in March fall into 3 broad groups. There are those who have been, and still are, coping well in the face of restrictions; there is a group who have been hardest hit, largely because of the interplay between their circumstances and the impact of the pandemic; and there is the majority – a group who have slipped back in their learning to varying degrees since schools were closed to most children and movement restricted.

The first group – those coping well – can best be summarised as those with good support structures around them, who benefited from quality time spent with families and carers. This shouldn’t be confused for a simple message about privilege versus deprivation. It includes children from all backgrounds, including those within the care system, who saw relationships with carers improve, at the same time as the lockdown meant they weren’t dealing with wider pressures and challenges that might exist outside of the home.

For some children with SEND, the simpler routines proved beneficial. Without the timetable pressures of a regular school day, remote learning was a positive for those children who enjoyed learning at their own pace. More time for some with family or carers also helped improve language, literacy and communication.

More generally within education, leaders also reported improved communication skills and development among younger children within this group, resulting from more quality time with family – which mitigated the time lost with peers. And older learners also form part of this group. Many further education courses were already partly taught remotely, so the shift away from the classroom was not such a deprivation for those students, who were already used to flexibility and independent learning.

At the other extreme are those children who were hardest hit by school closures and other restrictions: the children in their earliest years of education whose parents were unable to work more flexibly and who experienced the double whammy of less time with parents and less time with other children. Leaders reported regression back into nappies among potty-trained children and others who had forgotten some basic skills they had mastered, such as eating with a knife and fork – not to mention the loss of early progress in words and numbers.

We were told of older children losing stamina when it came to reading and writing; some who had lost physical fitness; and others showing signs of mental distress, including an increase in eating disorders and self-harm. In further education, we know that many apprentices lost their placements or were furloughed. Across all age groups, children with SEND were seriously affected in both their care and education, as the services that families relied on, particularly speech and language services, were unavailable.

And of course, there continue to be concerns about the children who were out of sight while schools were closed to most pupils. Referrals to social care fell and have still not fully returned to more usual levels as schools have returned, raising concerns that neglect, exploitation or abuse is going undetected.

We also know that there has been an increase in the numbers of children who have not returned to school. We reported last month that around a third of the schools we visited reported an increase in children being removed from school to be educated at home. During October, around a half of schools visited reported a rise – with leaders clearer that this was being motivated by concerns around the virus, rather than from parents’ committed desire to home educate. From our conversations, it seems that there is more of a pattern within minority ethnic communities and households including people who are deemed at greater risk from COVID-19.

Listening to leaders across education and social care, it’s apparent that the majority of children have neither thrived nor significantly suffered since March – but it’s also clear that there has been a negative impact, particularly on their educational development. Lost learning is unarguable, but it is hard to assess. Identifying exactly what children have not learned from the planned curriculum and what is essential for their next steps is key. School leaders believe they will be able to gauge the longer-term impact over time, which will allow them to structure catch-up more effectively. Currently, alongside some interventions such as small-group support, there are more widespread adaptations to the curriculum to focus on core subjects, as we reported last month. It’s important that these adaptations are short term and do not slide into a more corrosive, longer-term narrowing of the curriculum.

For now, though, school leaders recognised they were ‘firefighting’ – which takes a number of forms. Managing COVID-security seems to be evolving. This is particularly the case when it comes to the issues of ‘bubbles’ and the response to a positive test within the school. While some schools send an entire bubble home to isolate, others have put in place measures such as fixed seating arrangements, to allow for the test and trace process to be more targeted.

Remote learning for those who are self-isolating is the focus of much attention. As we reported last month, schools are putting remote learning in place, often supported by technology and sometimes involving live-streaming lessons.

However, it remains the case that the home learning experience is patchy and, in many cases, not aligned effectively with the classroom curriculum. Children who isolate as part of a bubble seem to be better off than the very many children who are isolating individually, sometimes because of their own health, but more often because of contact with someone who tested positive. And of course, remote learning also requires motivation from pupils who might otherwise be distracted by other technological temptations.

School leaders reported that boys in particular had spent much of the lockdown gaming online with friends. That, and social media use more generally among boys and girls, has impacted on the established social networks in schools. Leaders told us that although the return to clear structures and boundaries at school has often resulted in an unexpected improvement in behaviour, online squabbles while schools were closed are now being played out in classrooms.

The challenges of aligning the classroom curriculum with work done remotely was cited as one of a number of workload pressures on teachers and schools. Others included the need to cover staff absences, with many headteachers reporting that they were taking classes to provide cover, in addition to their leadership duties. There are frustrations too with the shifting guidelines that schools are required to follow. It is clear that senior leaders across the board are working more intensively than ever, and showing remarkable resilience.

Budgets, as ever, are clearly on the minds of leaders across education and social care. Covering for staff absences and maintaining enhanced cleaning regimes are budgetary pressures most affecting schools and children’s homes; these are compounded in early years and further education by concerns over income streams. Local authorities are also feeling the financial squeeze, particularly in relation to supporting vulnerable families and the costs of placements for looked after children. And not all systemic issues are financial. The availability of support and services for children with SEND is a perennial issue, as is sufficiency in the care system. Added to that, the pandemic has led to backlogs in the family courts, which can leave children at risk for longer or conversely, slow them down from moving to a permanent home. These are thorny issues for policymakers to deal with in good times; they have added gravity now.

We have now entered a second national lockdown. This time, at least, schools, colleges and nurseries are to remain open. That is very good news indeed. The impact of school closures in the summer will be felt for some time to come – and not just in terms of education, but in all the ways they impact on the lives of young people. As it was in the first lockdown, the work of teachers, social workers and carers, with the support of parents, will again be critical to the future success and happiness of our children. Our visits will continue remotely – and we will report again in December.