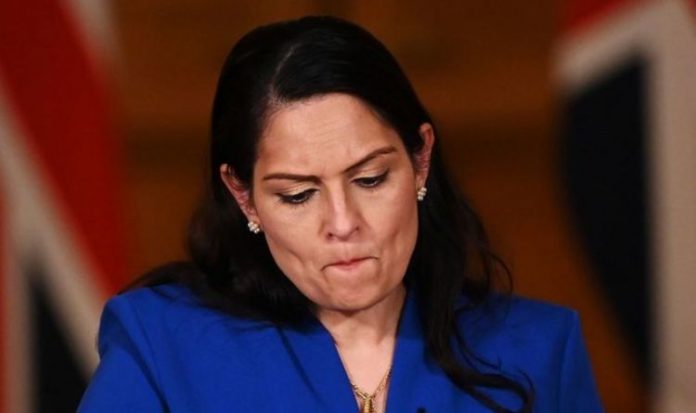 Fingerprint, DNA and arrest history records were all deleted from the Police National Computer database due to a technological glitch. The police may now be hindered in their ability to reopen investigations of closed cases if more evidence appears in the future. The former head of the Cumbria police force, Stuart Hyde, has said there is now a “risk to public safety” and warned the blunder may hinder attempts to safeguard the vulnerable.

Kit Malthouse, Minister of State for Crime and Policing, said officials were working at pace to recover the information.

Without the crucial data, some offenders may now be able to go free as evidence from crime scenes will not be flagged.

Mr Hyde told the Today programme: “In order to understand the scale, if you think that about between 6-700,000 people are arrested every year in the UK that’s a very large proportion of those people.

“So I think it is a large number, it’s a large proportion.

“In terms of the risk this creates, clearly some of those people may be involved in subsequent offending and could only be identified through either fingerprints and DNA when they were subsequently brought to light.

“That may be only a few people, a handful, but nonetheless it still represents a risk.

“It’s both a risk to public safety and a risk to the safeguarding of vulnerable people across the country.

“The police should expect that the providers of the software ensure that there isn’t a system that can automatically wipe what is essentially nearly a quarter of custody delivered DNA and fingerprints in one quick go.”

“A fast time review has identified the problem and corrected the process so it cannot happen again.

“The Home Office, NPCC (National Police Chiefs’ Council) and other law enforcement partners are working at pace to recover the data.

“While the loss relates to individuals who were arrested and then released with no further action, I have asked officials and the police to confirm their initial assessment that there is no threat to public safety.”

“She must urgently make a statement about what has gone wrong, the extent of the issue, and what action is being taken to reassure the public. Answers must be given.

“This is an extraordinarily serious security breach that presents huge dangers for public safety.