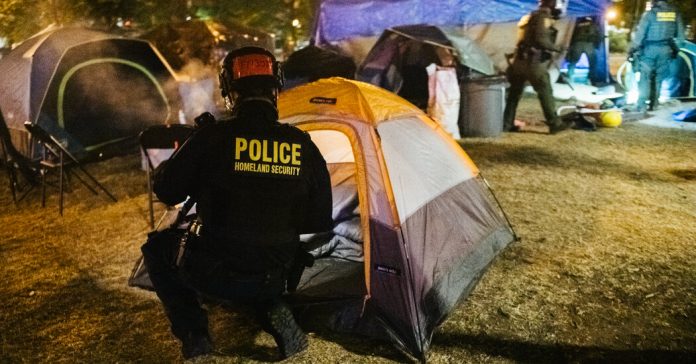 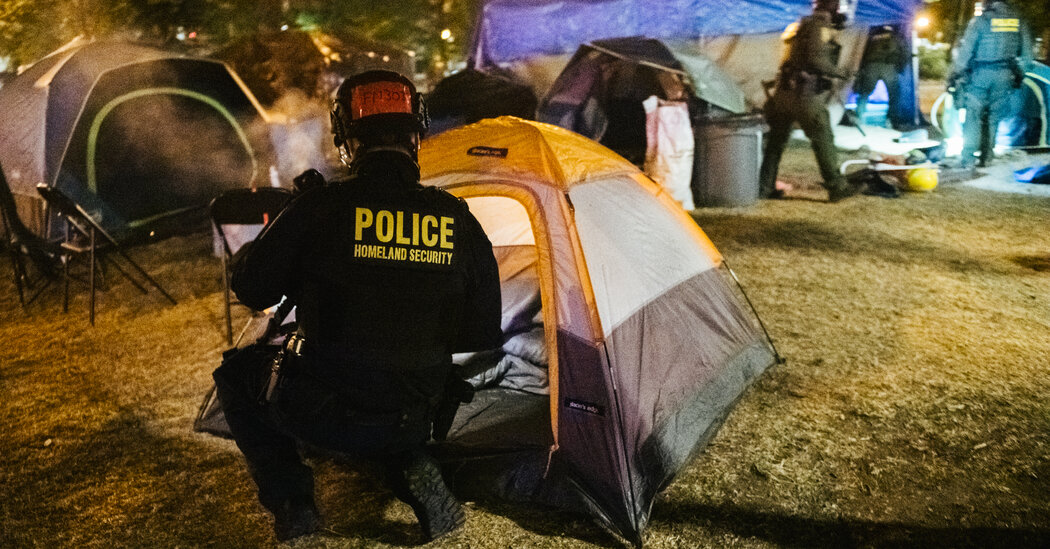 WASHINGTON — The head of the Department of Homeland Security’s intelligence branch was removed from his position after his office compiled reports about protesters and journalists covering the Trump administration’s response to unrest in Portland, Ore., last month.

Brian Murphy, the acting under secretary for intelligence and analysis, was reassigned to a new position in the department after his office disseminated to the law enforcement community “open-source intelligence reports” containing Twitter posts of journalists, noting they had published leaked unclassified documents, according to an administration official familiar with the matter. It was not clear what Mr. Murphy’s new position would be.

Chad F. Wolf, the acting secretary for the Department of Homeland Security, made the decision on Friday after ordering the office to halt the intelligence examination, the administration official said. Mr. Wolf has also asked the Homeland Security’s Office of Inspector General to investigate any efforts by the intelligence branch to collect information about protesters or journalists.

The ouster came after The Washington Post reported that Mr. Murphy’s office compiled reports that in part targeted The New York Times’s publishing of an intelligence analysis indicating that the Homeland Security Department had little understanding of the situation in Portland when it deployed teams of tactical agents in camouflage to face crowds of protesters.

In addition to summarizing the tweets of a Times reporter, the intelligence reports also included a tweet by Benjamin Wittes, the editor in chief of Lawfare, a blog about law and national security, who had shared an internal memo that warned Homeland Security officers not to leak to the press.

The reports also included a tweet from Mr. Wittes that showed an email from Mr. Murphy telling the intelligence officers to refer to individuals attacking the federal courthouse in Portland as “VIOLENT ANTIFA ANARCHISTS.”

Mr. Murphy’s conclusion about the motivations of the individuals in Portland came just days after intelligence officers issued the memo reported by The Times that said the agency had “low confidence” that the attacks against the federal courthouse reflected a broader threat.

Mr. Murphy, formerly with the F.B.I., led an office with the Homeland Security Department charged with sharing information about potential national security threats with federal, state and local law enforcement agencies. Such a coordinating effort was one of the motivations in creating the department after the Sept. 11, 2001, attacks.

In 2015, Mr. Murphy joined F.B.I. headquarters to work on an effort known as Countering Violent Extremism, or C.V.E., after serving as an assistant special agent in charge of counterterrorism in Chicago. Mr. Murphy was known as an ambitious investigator who was once profiled in a self-aggrandizing article about a terrorism case he had worked on. But some former agents and Justice Department officials familiar with Mr. Murphy’s work at the time, who requested anonymity to discuss internal discussions at the agencies, expressed concern about some C.V.E. proposals, his tendency to ignore the rules and failure to coordinate his activities.

One agent at the time raised an alarm that Mr. Murphy wanted to prepare materials for Chicago public schools without disclosing the F.B.I.’s participation, according to an internal bureau document provided to The New York Times. That would have violated F.B.I. policy requiring such outreach to be public or overt.

Other former officials said that Mr. Murphy wanted to tap coaches, therapists, social workers and religious leaders in several cities to help steer people under the sway of Islamic extremism away from a potentially violent future. That was not a bad idea, the former officials said, but Mr. Murphy pushed internally to make those community leaders sign memorandums of understanding with the F.B.I.

By doing so, Mr. Murphy would then have been able to track whether those people in the program were headed down the wrong path again. That would have essentially deputized community leaders to be arms of the bureau, former F.B.I. and Justice Department officials said, a move that would have only stoked existing concerns in the Muslim community that the bureau was using outreach to spy on people. Officials eventually scrapped Mr. Murphy’s plan, calling it ill-conceived and legally problematic.

One former official said that Mr. Murphy “didn’t have a good sense of what the blowback would be.”