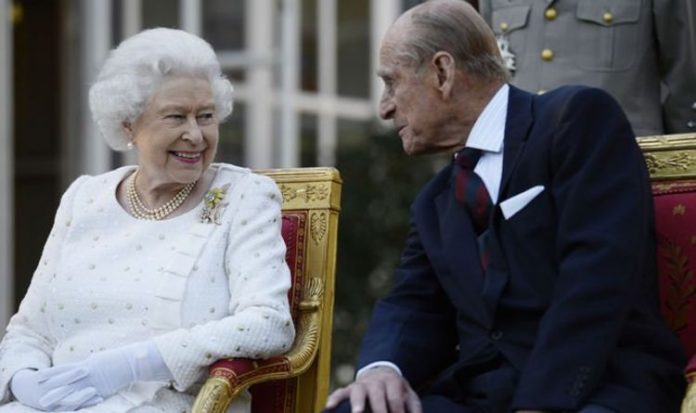 Queen Elizabeth II is Britain’s longest-serving monarch, and for the entirety of her reign her husband Prince Philip has been by her side. Philip married then-Princess Elizabeth in 1947, and the couple went on to have four children: Prince Charles, Princess Anne, Prince Andrew and Prince Edward.

As the eldest daughter of King George VI, Princess Elizabeth was considered heiress presumptive from the moment her father ascended the throne.

In 1952, King George VI died at the age of 56 while Elizabeth and Philip were away on a royal tour in Kenya.

They flew back to the UK following the news of King George’s death, and Elizabeth became the second Queen Elizabeth in British royal history.

Philip was given the title of Duke of Edinburgh prior to his wedding day, and the Queen later gave him the title of Prince of the United Kingdom as her consort.

READ MORE: Philip feared Queen ‘may not take to one aspect of marrying him’

Although Prince Philip is now a well-established member of the British Royal Family, he had his own royal connections prior to his marriage to the future Queen Elizabeth II.

Philip was born to the Royal House of Glücksburg, and he was the only son of Prince Andrew of Greece and Denmark and Princess Alice of Battenberg.

Philip was considered a Prince from birth and was in the line of succession for the thrones of Greece and Denmark.

However, Philip’s grandfather, King Constantine I, was forced to abdicate.

Prince Andrew and his family were driven out of Greece, and subsequently Philip spent much of his childhood and teenage years in Britain.

Queen Victoria and Prince Albert’s eldest son was Prince Edward, and his second-eldest son would ascend the throne as King George V – the Queen’s grandfather.

Prince Philip’s family also descends from Queen Victoria, and his connection is through the maternal line.

Princess Alice of Battenberg was Prince Philip’s mother, and she was actually born in the presence of Queen Victoria in Windsor Castle.

Through their links to Queen Victoria, the Queen and Prince Philip are third cousins.

On November 20, 2020 the couple will mark a remarkable 73 years of marriage, and the Queen has made it clear Philip has played a crucial role during her time on the throne.

In a speech marking their 50th wedding anniversary in 1997, the Queen said: “He is someone who doesn’t take easily to compliments but he has, quite simply, been my strength and stay all these years, and I, and his whole family, and this and many other countries, owe him a debt greater than he would ever claim, or we shall ever know.”