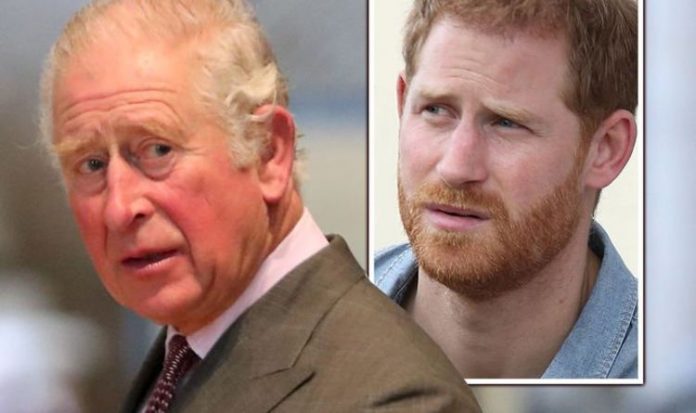 Meghan Markle and Prince Harry set out their goal to “build a better world” in an open letter on the website of their non-profit organisation Archewell. Harry and Meghan have also announced partnerships between their foundation and several tech and research-focused groups to pursue their aims. On the homepage of the Archewell website is a picture of Diana, Princess of Wales with son Harry on her shoulders, while in another monochrome image a young Meghan stands as her mother Doria Ragland crouches down to hug her daughter.

But Twitter users were quick to vent their fury at the message, which appeared to make a subtle dig at Harry’s father.

One Twitter user wrote: “Just wow! Talk about Compassion: The Prince’s Trust was founded in 1976 by The Prince of Wales to help vulnerable young people get their lives on track.

“It‘s the UK’s leading youth charity, having helped over 950,000 young people turn their lives around. How could he?”

In a joint statement, called a “letter for 2021” which overlays the pictures, the couple say: “I am my mother’s son. And I am our son’s mother. Together we bring you Archewell.

“We invite you to join us. As we work to build a better world. One act of compassion at a time.”

Commentators have already speculated that Harry and Meghan will have to draw in large audiences if they are to justify the lucrative contract their production company Archewell Audio signed.

“It’s a place where compassion matters, communities gather, and storytelling is the engine.

“The website has been updated to reflect the work Archewell has undertaken throughout 2020 and to create a place for people and communities around the world to share their stories.”