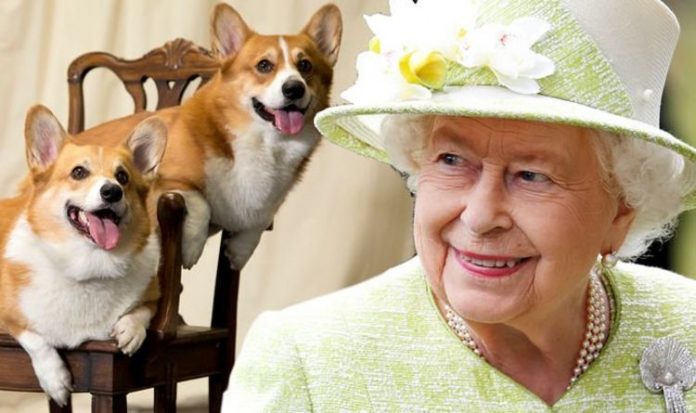 One of the Queen’s most famous associations is her love of corgis, and she has owned plenty over the course of her long life. Sadly, one of the Queen’s beloved pets has died this week – the second recent pet loss in the Royal Family after the Duke and Duchess of Cambridge lost their family dog Lupo in November.

The Queen has owned plenty of corgis in her lifetime – and has owned 30 since she came to the throne.

Her specific preference in for Pembrokeshire Welsh corgis, as opposed to the Cardigan Welsh Corgi.

The monarch supposedly has a room for her dogs in each of her houses, and they sleep in elevated wicker baskets.

They also have their meals prepared by a chef and have their own stockings at Christmas.

This week the Queen has lost one of her dorgis, Vulcan, meaning she now only has one pet remaining, named Candy.

Vulcan reportedly died of old age at Windsor Castle, where the Queen is currently residing.

A palace source said: “Clearly the loss of a loved pet is upsetting.”

The Queen has been fond of corgis ever since she was a child.

Her father King George VI, who was then the Duke of York, presented his daughter and her sister Margaret with a corgi called Dookie when she was only six years old.

Dookie became the first of dozens of dogs the Queen has owned throughout her long life.

However, all of the Queen’s corgis have on common ancestor – Susan.
Willow, the last corgi, was the 14th generation descended from her.

The monarch has owned over 30 corgis since ascending the throne in 1952.

In 2012, the Queen’s corgis had a starring role in the James Bond sketch the Queen recorded for the London Olympics opening ceremony.

Monty, Willow and Holly greeted the secret agent, played by Daniel Craig, as he arrived at Buckingham Palace to accept a mission from the Queen.

In addition to corgis, the Queen enjoys ‘dorgis’, which are a crossbreed of corgis and dachshunds.