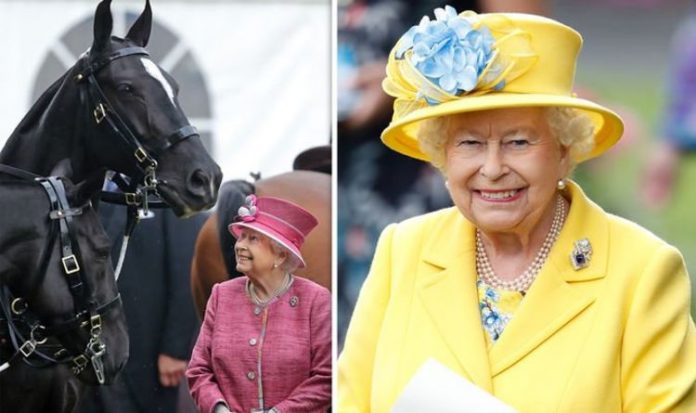 The first two years of the Queen’s reign saw her win at Ascot on seven occasions, but her success has tapered off over the years due to the increased number of competitors in the sport.

However, aside from her numerous wins, pictures of the Queen attending the event every year have become synonymous with the monarch’s 68-year reign.

And the Queen’s love of horses is not exclusive to her, as now many generations of the Royal Family are also known for their love of equestrianism.

The Queen and Prince Philip’s only daughter, Princess Anne, became the first member of the Royal Family to compete in the Olympics as an equestrian.

Years later Anne’s daughter Zara Tindall competed in the London 2012 Olympics and won a silver medal in the sport.