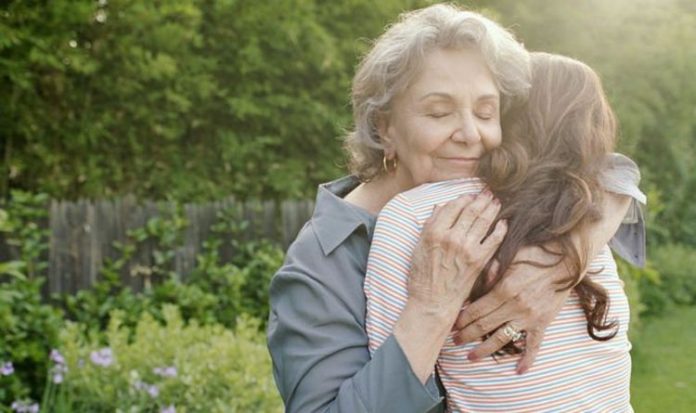 He signalled hugging would be allowed when limited indoor social mixing is allowed in Stage 3 of Boris Johnson’s roadmap out of lockdown, but wanted to remain “cautious” until people were protected. The Prime Minister’s blueprint says Stage 3 will begin in England on May 17 at the earliest. Asked about the potential hugging date, Mr Hancock told BBC Breakfast yesterday: “We know close contact is how this disease is passed on. And so the reason for that timing is by then all of the most vulnerable groups will have been able to have two jabs.

“We know that the first jab is very effective in helping to protect you against catching Covid, hospitalisation, or of course, dying from it. But the second jab adds to that protection. But we do want to be cautious until the most vulnerable groups have been able to have both of those doses.”

Household mixing will not be allowed indoors until Stage 3.

People can then meet in a group of six, or with one other household.

At this time, ministers will review social distance rules for friends and family – potentially allowing hugging to return for the first time since last March.

The Prime Minister’s roadmap document says: “As soon as possible, and no later than Step 3, the Government will update its advice on social distancing between friends and family, including hugging.

“Until then, people should continue to keep their distance from anyone not in their household or support bubble and keep up habits such as regular hand washing and letting in fresh air.”

Mr Hancock also hopes staying overnight with friends and family can go ahead from May 17.

Under Mr Johnson’s plans, the timetable could be delayed if four key Government tests – the speed and efficacy of the vaccine rollout, pressure on the NHS and the possible emergence of new Covid strains – are not met. Mr Hancock urged people to get jabs as the virus may persist in inner-city communities where uptake is low.

He said: “We want to see that vaccine uptake go as high as possible. But it’s absolutely on all of us to come forward and get the vaccine. It’s the right thing to do.” But Tory MP Mark Harper, who chairs the Covid Recovery Group of backbenchers pressing for faster lifting of lockdown curbs, accused ministers of basing the roadmap on “dodgy assumptions”.

He said Government forecasting underestimated the enthusiasm for vaccination and claimed relaxation of the rules could be brought forward by two months.

Mr Harper said: “The biggest flaw is they assume a very low uptake of the vaccine.”

Meanwhile, 548 more people died within 28 days of testing positive for Covid-19 as of Tuesday. It brings the UK total to 121,305. A further 8,489 lab confirmed UK cases were announced, making it the lowest daily rise since October.

Figures from the Department of Health show infections have fallen by 20 per cent on last Tuesday, when 10,625 positive tests were recorded. It brings the total to 4,134,639.

Camilla said she was looking forward to seeing her grandchildren again as she met volunteers at a vaccine centre.

The Duchess who is president of the Royal Voluntary Service, also spoke to people about to have a jab in Wembley, North London.

She said: “It feels like the first step of freedom. I hope you’re able to be reunited with your grandchildren, “I think we are all looking forward to that.”