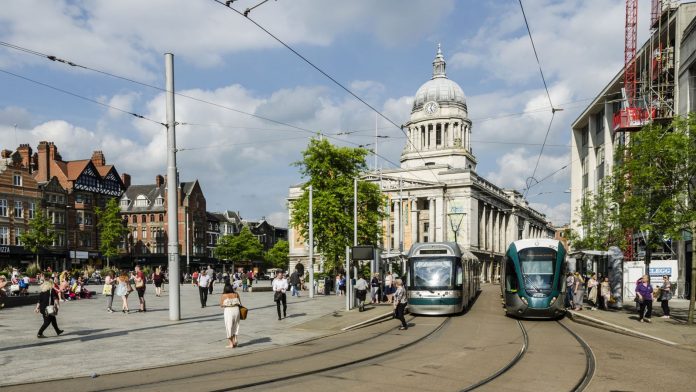 The issue of whether there should be a second referendum is significant when you go to places where the Brexit vote was tight.

Nottingham voted to leave but only just, with 50.8% tipping the balance away from Remain.

But it also had the fifth lowest turnout of all voting areas.

A recent poll here revealed there could be a change of heart. If a second vote were to occur the outcome here could swing the other way.

There’s a discussion going on inside a pub that was once a church. It involves three people with very different views about Brexit. They are talking about whether their faith has been tested since the Brexit referendum.

Property developer Colin Watkins was a staunch Remainer but is now a born-again Brexiteer.

“I voted with my head instead of my heart,” the 72-year-old said.

“I now think the scaremongers got the better of me, swayed my opinion in a way that, if they had dealt in facts, may not have happened.

“I believe Europe needs us more than we need Europe and so I have come round to the idea that we should leave. Theresa May cannot back down to this campaign to get a second vote.

Olivia Kendall, a trainee teacher, voted to remain and is sticking to her guns.

“I think the campaign on both sides was disgusting – full of misinformation,” she said.

“Having said that we can’t keep asking the people what they think. The vote has happened and it should stand, despite what I think.

“I want to remain, I respect that fact that the referendum result was that people wanted to leave.”

Alongside the two is Liam Martin, a local government officer. He is “not confident” about the future.

“I see all sorts of companies slimming down their operations here and leaving the UK and taking their investment back to Europe. Maybe another vote would produce a different result.