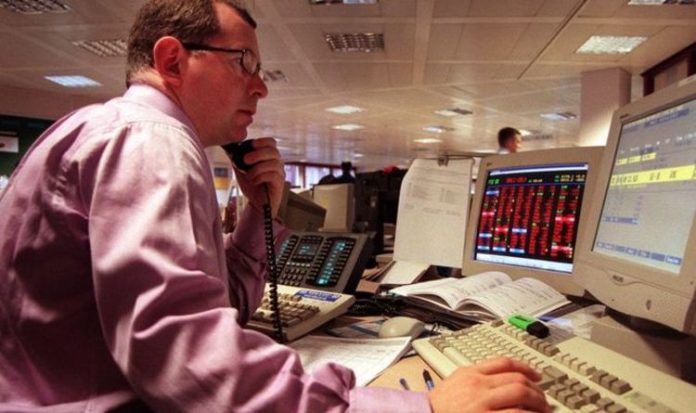 Experts said there was no longer talk of Brexit chaos or the impact of COVID-19 on the financial markets as the UK was once again flavour of the month of for investors. The FTSE has increased by around 20 percent since November 2020 and sterling is in higher demand than it has been for months.

Bloomberg analysts said the pound was this year’s best performer in a basket of 16 major currencies the financial information agency is monitoring.

Against the euro, the sterling recently posted the longest profitable run since 2015 and at its peak was worth more than 1.16 euros.

Experts said Europe’s financial markets made it clear they were expecting the UK’s economic recovery to be much faster than in the rest of the continent or anywhere else in the world.

Adolf Rosenstock, an economist from the Frankfurt investment house MainSky Asset Management, said: “With all the negative consequences for the future of the British financial market, the fact that with the Brexit deal the years of uncertainty about how and when to exit the market has disappeared and it is now in the hands of Great Britain under which conditions it wants to trade with countries outside the European Union, is much more decisive.”

Mr Rosenstock said investors appeared to share his long-term view that Brexit could lead to stronger relationships with global trading partners such as China, India and the USA.

The tide has also turned on fears that the coronavirus pandemic would damage the British economy beyond repair.

Britain started its mass vaccination programme much earlier than EU member states and more than 20 percent of the population has now received at least one dose while Germany has managed to inoculate little more than 5 percent.

And with Boris Johnson hoping to get the country out of lockdown by June 21, Bloomberg analysts are predicting an economic growth boost in the second quarter.

They said after a corona-related decline in economic output of 4.5 percent is expected for the first three months of the year, the increase from April to June could jump back to 7 percent.

But he warned long-term planning was associated with a considerable element of uncertainty because of coronavirus and said other countries will probably also achieve vaccine success in the near future and possibly reduce the gap.

He said: “Germany, France and Italy will have caught up in the vaccination quota by the end of the summer, so that investors will again focus more on economic issues.

“In particular, the sluggish British exports, which are suffering from EU customs formalities, as well as the British service sector, which is not part of the trade agreement, could limit the further upward potential.”