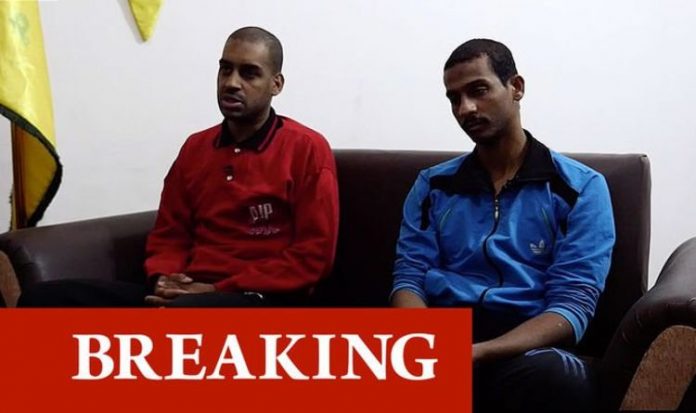 In a letter to Ms Patel, the US assured her that the two British ISIS fighters will not face the death penalty if they are extradited to America to face trial.

A UK court ruling had effectively stopped the sharing of evidence between the US and Britain unless the death penalty was removed.

El Shafee Elsheikh and Alexanda Kotey, are both being held under charges of beheading Western hostages during their time with ISIS.

Mr Barr wrote in the letter: “I know that the United Kingdom shares our determination that there should be a full investigation and a criminal prosecution of Kotey and Elsheikh.

“These men are alleged to be members of the terrorist group the Islamic State of Iraq and al-Sham and to have been involved in kidnappings, murders, and other violent crimes against the citizens of our two countries, as well as the citizens of other countries.”