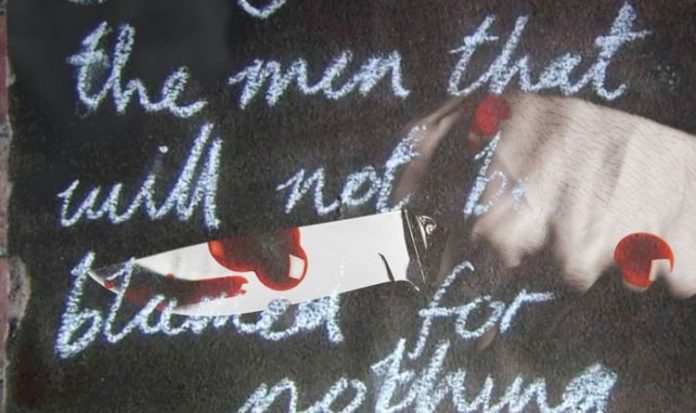 Jack the Ripper became one of the most prolific serial killers in history after he engaged in a brutal murderous and mutilation spree during the late 1800s in Whitechapel, London. The deaths of five female prostitutes were attributed to him, some of whom he removed the uteruses of after the fatal attacks. For centuries, the monster behind these murders’ true identity has remained a mystery but now experts believe the case might finally be solved.

They claim that an “anti-semetic note” that police discovered near to the crime scene of Jack the Ripper’s fourth victim, Catherine Eddowes, held vital clues.

The supposedly offensive message was immediately removed by authorities out of fear it would incite racial violence against the religious community.

The words, written in white chalk, read: “The Jews are the men that will not be blamed for nothing.”

Below the graffiti was part of Eddowes’ “bloodstained apron”, which suggested to crime historian Donald Rumbelow that the note was written by Jack the Ripper.

But criminal profiler Pat Brown had a slightly altered take on the meaning behind the message after she noted that on the night of the killing and near to the crime scene, a Jewish socialist event was being held.

At that time in Whitechapel, there was a lot of antisemetic feeling and she believed the killer may have attended the meeting.

Brown said: “If he was there, he might still have that in his head, so he still has that rage that he wants to tell society about.

“He thinks ‘Everybody blames me for everything, they are blaming me for nothing!’ and so he goes to write on the wall.”

She believes he was unable to accurately write down his thoughts – through spelling and grammatical errors – due to a dark secret.

Brown said: “I believe it was just Jack losing his own cognitive skills while writing that from his syphilis and his rage.”

It’s been a long-held theory that Jack the Ripper may have contracted syphilis from a prostitute and that’s why he took his own form of barbaric vengeance out upon sex workers.

His decision to remove the uterus has been interpreted as a direct attack on the “essence of being a woman” – which experts believe he removed in mark of hatred of womankind.

Brown believed the murderer could have been a Jewish tradesman from the area, specifically a butcher due to his “anatomical knowledge” and ability with a blade.

But, she added: “Serial killers come from all races – they are white, they are black, they are hispanic, they are everything – because quite frankly psychopathy doesn’t know, it’s not just one group of people.

Her finger pointed to Jacob Levy during the 2010 episode of Amazon Prime show ‘Mystery Files’, because he fit that exact profile and was known to police before they discarded him as a suspect.

The modern technique of Geo profiling also suggests he could be the killer due to both his home and butcher’s shop being within a nearby radius of the murders.

Brown said: “If you have a butchers shop and a key to it you can slip right back through the streets.

“You can hide your little treasures in the butchers shop and then wash-off and go straight home.”

A statement from his wife at the time also casts suspicion over not only his whereabouts during the killings but also his mental health.

Brown recalled: “His wife said ‘Yes, I was having problems with him. He was failing in the business, he wasn’t doing his job anymore, and he’s wandering all over the streets all night long and I don’t know where he is.’”

Levy had a history of petty crime, which landed him in jail after he stole meat from his boss, which the expert claims is an indicator of his increasing psychopathic intent.

Another potentially damning piece of evidence was revealed in a doctor’s notes shortly before he died in 1891 – two years after the Ripper killings ceased.

It was claimed that he “heard strange noises” and felt “compelled to do immoral deeds” – both symptoms indicate late-stage psychosis, which can be caused by syphilis.

Brown clarified: “He was a married man with some children but he had syphilis.”

A tip-off from an eyewitness of Jack the Ripper’s fourth crime also gave an indication that it could have been Levy too.

The individual refused to give further information other than the man was three inches shorter than his victim – making him roughly 5ft 3in, the same height as the suspected killer.

The man was a rival Jewish butcher, who they believe would have known Levy because their shops were near to one another.

Brown said: “My conclusion that Jacob Levy was Jack the Ripper… I’m fairly sure about all the evidence, and it does support this more than anybody else out there.”