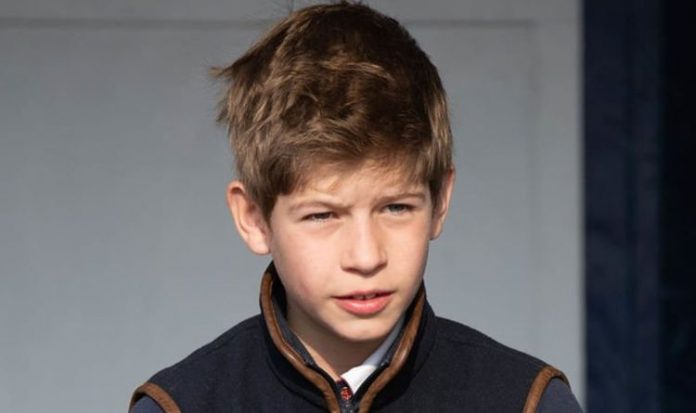 James Viscount Severn is the youngest grandchild of the Queen and the only son of Prince Edward and Sophie, Countess of Wessex. He is currently 12th in line to the throne, ahead of his older sister who is one of the last female rules to fall below her brother on the line of succession following the male primogeniture rules being overturned in 2013. But how old is James now?

His parents first met in 1987 but did not begin dating until 1993 when they met again at a charity event.

Prince Edward and Sophie were married in June 1999 at St George’s Chapel.

The couple were made the Earl and Countess of Wessex by the Queen upon their marriage.

The couple were entitled to give their children HRH titles.

Instead, however, the Wessex couple requested their children be given courtesy titles as a condition of their marriage.

Therefore James and Lady Louise are styled as children of an Earl.

Their eldest child, Louise Windsor was given the title of Lady and their son is known as James, Viscount Severn.

James was born at Frimley Park Hospital to Prince Edward and Sophie, Countess of Wessex.

If James Viscount Severen had been born after 2011, he would have fallen behind his sister in the line of succession due to the Succession to the Crown At which officially ended the male primogeniture precedence rules.

He currently attends Eagle House School near Sandhurst in Berkshire and lives at his family’s home Bagshot Park near Windsor.

James’ is expected to celebrate becoming a teenager at his family’s home located just 11 miles from Windsor.

The Wessex couple have lived at the 17th-century estate Bagshot Park for more than 20 years.

She told Good Housekeeping: “I would like to think that I am a loving mother without being too overbearing!

“You would need to ask them; I would hope they would be nice, at least about my attempts at cooking!”