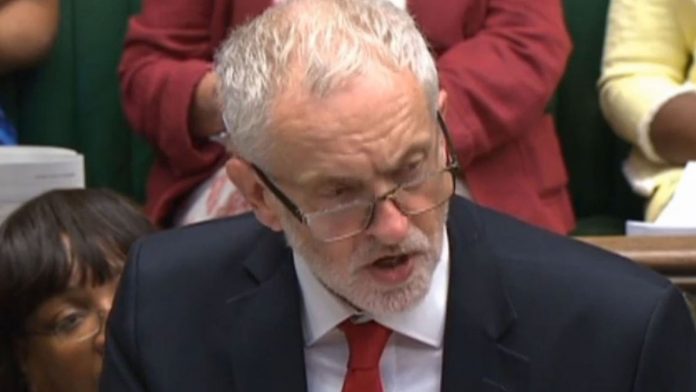 Jeremy Corbyn was branded an “anti-Semite and a “racist” during a House of Commons confrontation with a senior Labour MP, it has emerged.

As reported by the Huffington Post website, Dame Margaret told Mr Corbyn he is an “anti-Semite and a racist”, adding: “You have proved you don’t want people like me in the party”.

Dame Margaret, who is Jewish, confirmed to Sky News she made the comments, but denied claims she swore during the confrontation.

One witness to the incident revealed to the Huffington Post that Mr Corbyn replied: “I’m sorry you feel like that.”

The row flared after Labour’s ruling body approved on Tuesday the adoption of a new code of conduct on anti-Semitism, despite calls for it to be toughened.

Earlier this week, 68 of the UK’s senior rabbis penned an joint letter in which they accused the Labour leadership of acting in ” the most insulting and arrogant way” by rewriting an internationally-adopted definition of anti-Semitism.

The group called on Labour to adopt the unamended International Holocaust Remembrance Alliance (IHRA) definition of anti-Semitism, including all its examples, in their new code of conduct.

Labour MPs and peers also overwhelmingly backed the demands for the party to change the way it defines anti-Semitism at a meeting of the Parliamentary Labour Party on Monday.

However, Labour’s National Executive Committee upheld the adoption of the code of conduct on Tuesday.

The code states explicitly that “anti-Semitism is racism”, and goes on to say that “it is unacceptable in our party and in wider society”.

It also does endorse the IHRA’s working definition of anti-Semitism and includes a list of behaviours likely to be regarded as anti-Semitic, copied word-for-word from the international organisation’s own document.

But, it omits four examples from the IHRA list:

:: Accusing Jewish people of being more loyal to Israel than their home country;

:: Claiming that Israel’s existence as a state is a racist endeavour;

:: Requiring higher standards of behaviour from Israel than other nations;

A party spokesman said: “The NEC upheld the adoption of the Code of Conduct on anti-Semitism, but in recognition of the serious concerns expressed, agreed to re-open the development of the code, in consultation with Jewish community organisations and groups, in order to better reflect their views.”

Earlier this year, as Jewish groups organised a protest outside Parliament against anti-Semitism within Labour, Dame Margaret claimed Mr Corbyn had “allowed himself to become the poster boy of anti-Semites everywhere”.