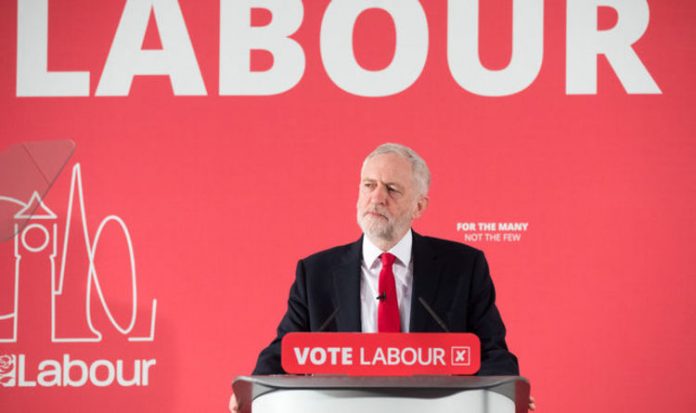 The shock poll of 104 chief executives, managing directors, chief financial officers and board members revealed 38 percent of interviewees listed a potential Labour government as among the three greatest challenges in the coming months.

Nearly one-in-three believe a Labour government will be elected within the next five years, the report by BritainThinks, a polling company for business lobbying group London First, found.

Mr Corbyn has pledged to nationalise the rail, water, energy and postal industries, while increasing corporation tax and taxes on the wealthy, as well as ending private finance initiative contracts between the state and private companies.

Jasmine Whitbread, Chief Executive of London First, told the Financial Times: “Business has been focused on contingency planning for Brexit but a future Labour government is being added to the agenda

“Labour’s intention to invest in housing and infrastructure is seen as a good thing by many, but there’s real concern that the party could scare away much-needed private sector investment.”

The poll also found that a majority of business leaders were more confident in the Tories than Labour on issues such as Brexit, infrastructure and “attracting investment to the UK”.

However, barely one-in-three were strongly opposed to Labour policies such as higher taxes for the wealthy, increasing corporation tax to 26 per cent and nationalisation.

Deborah Mattinson, founding partner at BritainThinks, said: “Although these leaders still support the Conservatives over Labour, they are disappointed in their support for business and their response to the key issues of the day — especially Brexit.”

Ms Mattinson added: “Most believe that planning for the possibility of a Labour government needs to be a top priority in the coming months.”

The latest YouGov/Times survey on voting intentions gives the Tories 41 per cent of the vote and Labour 38 per cent.

BritainThinks interviewed 104 high-level business leaders on July 12 and 13 this year. The 104 interviewees were made up of 15 business owners or proprietors, seven chairmen, 34 CEO/CFO/CIO/CMOs, 18 managing director, 14 board-level directors, and 16 other directors.