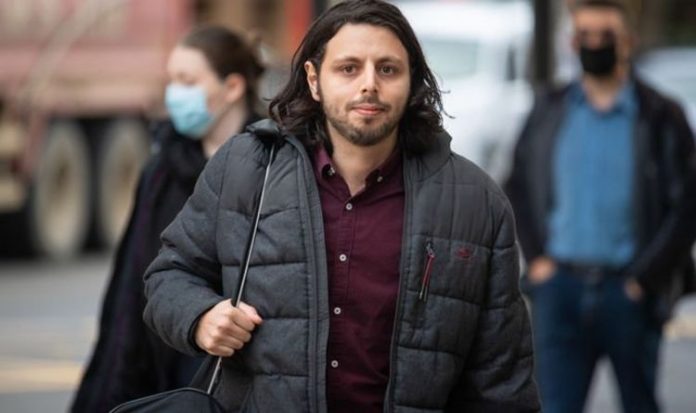 Nicholas Nelson, 31, admitted to three charges of sending messages of an offensive nature between July and September 2018. These related to phone calls and emails to Dame Margaret Hodge and Dame Louise Ellman.

In his messages to Dame Margaret, who is Jewish, Nelson said: “Margaret should f**k off, you f***ing racist Zionist.

He then added in a phone call: “Margaret Hodge is an apartheid-supporting disgusting scumbag b***h.”

In a victim statement, Dame Margaret said at the time: “I considered the emails to be threatening and was left feeling nervous and unsure about my personal safety.

“For the first time, I now feel under threat because of my Jewish identity.”

Nelson told him: “Kill yourself.

“When are you going to have a stroke?”

The court also heard how Nelson had accused a Labour MP of trying to “smear” Jeremy Corbyn.

In 2018, Nelson was sentenced to 20 weeks in jail, suspended for a year, for harassing former MPs Luciana Berger and Ruth Smeeth, who are both Jewish.

Handing out the sentence the Westminster magistrate said: “I’m of the view that these offences are so serious that they cross the custody threshold.

“People should feel able to come forward and serve as MPs without fear of violence and threat.

“And these courts will send a clear message to those who threaten members of those communities, who attack them because of their faith.

“I have considered carefully whether I can suspend the sentences and I felt just about able to do so.

“That doesn’t take away the seriousness of the offences.

“That simply reflects we are now two years down the road, that there have been no further offences and that I see you are now seeking the assistances of a psychiatrist and dealing with issues you say were a feature of your life then.”

“I did so then and I do so now because there has been a significant increase in threats made to MPs – threats of violence, threats based on their faith and on race.

“It’s something I have no encountered previously, but over the last couple of years this has become commonplace.”

A letter from Nelson was read out in court where he apologised for his actions.

He was sentenced to a 30-day rehabilitation order, 240 hours of unpaid work and told to pay a total of £200 in victim surcharge and costs.