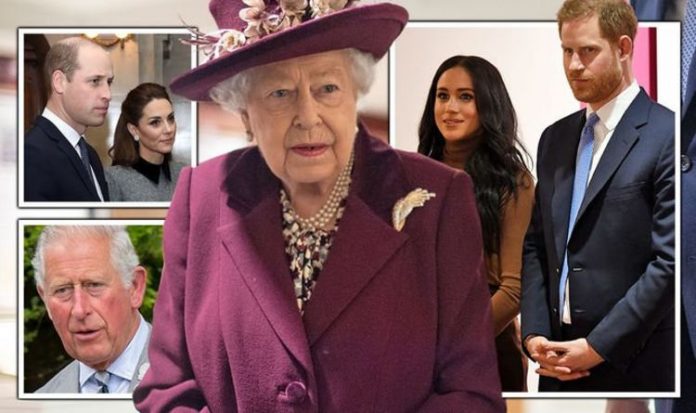 During the Heir podcast, Omid Scobie and Maggie Rulli discussed the Royal Family’s relationship with the hugely popular Netflix series following the release of the fourth season. Mr Scobie stated that it is becoming harder for the monarchy to stomach as the series gets closer to present-day events.

Mr Scobie said: “I think as the show progress into the more present-day house of Windsor it becomes harder and harder for members of the Royal Family to even stomach the idea of watching it.

“There is already a lot of talk about series 5 and series 6.

“Season 5 and 6 have now been confirmed.

“It was stated originally that the show would stop before William and Harry become adults.

“I have heard rumblings that there is talk within Netflix about the possibility of whether the show can be extended.”

Ms Rulli replied: “Really? I did not know that.”

Mr Scobie added: “When you think of how much controversy this present season has caused, this is going to be a presence in members of the Royal Family lives for some time.”

The royal commentators also discussed whether the Royal Family will regret their decision not to collaborate with Netflix regarding the series.

“That’s 25 million people who will have their opinion of the Royal Family shaped by this.”

Ms Rulli responded: “I wonder, going forward, if they start moving into the modern era of the royals, if they will decide to become more involved.

“But, I don’t know, it does seem to go against everything the Royal Family stands for, especially the Queen.

“I can’t imagine them actually working with Netflix like this.”