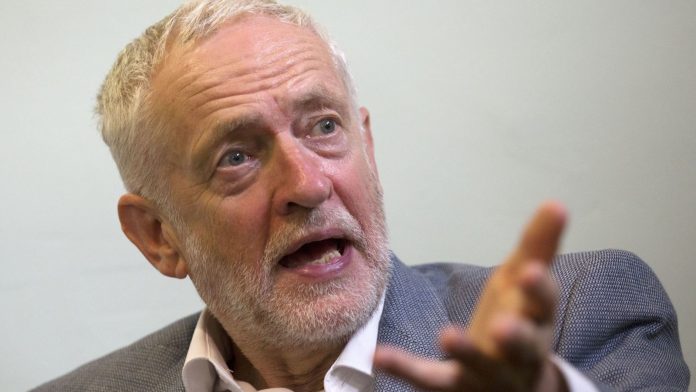 Jeremy Corbyn is launching a desperate bid to resolve the bitter anti-Semitism row that has wiped out six weeks of summer campaigning by his party.

At a crucial meeting of Labour’s ruling body, the national executive committee (NEC), the Labour leader is hoping to reach a deal on a definition of anti-Semitism.

The executive is expected to adopt an internationally recognised definition drawn up by the International Holocaust Remembrance Alliance (IHRA).

But in a move that will dismay Jewish groups and anger many Labour MPs, the executive is also expected to include a so-called free speech clause, allowing criticism of Israel.

Jewish groups are also dismayed by the re-election to Labour’s national executive of Pete Willsman, a veteran left-winger who claimed Jewish “Trump fanatics” were making up anti-Semitism allegations.

The bitter row began in July when the executive failed to adopt the IHRA’s definition in full. That triggered the row in which veteran MP Dame Margaret Hodge accused Mr Corbyn of anti-Semitism.

Even though a Labour Party investigation into her clash with Mr Corbyn was dropped last month, Dame Hodge is still bitterly at odds with the Labour leader and his allies.

So far four of them have not been included in the Labour Party’s code of conduct.

:: Accusing Jewish people of being more loyal to Israel than their home country

:: Claiming that Israel’s existence as a state is a racist endeavour

:: Requiring higher standards of behaviour from Israel than other nations

Claiming it is time to act to resolve the row, Corbyn ally and shadow foreign secretary Emily Thornberry told Sky News: “I think this has been a collective mess.

“I think it is a question of decisions that were made in the Labour Party, in the NEC, within the leadership. I think we should all put our hands up to this. We haven’t handled it properly. The thing is, it’s sickening what’s now happening.

“The lack of trust between the Jewish community and the Labour party is really dreadful. And we do now need to start working on it. You can lose trust in a moment.

“We need to make sure that we have a working definition, we have a proper code, that we can start applying properly, and these people have no place in our party, and we need to start kicking them out.”

Labour anti-Semitism campaigner Jonathan Hoffman called for the IHRA definition to be endorsed in full by the party’s national executive, without any caveats, but said the Labour leader and his chief spin doctor could fall foul of that.

“If the Labour Party were to accept the IHRA definition in full, then Jeremy Corbyn and Seamus Milne and others would be put in great difficulty because you can point to any number of things they’ve said which infringe the IHRA definition of anti-Semitism,” he told Sky News.

But some Labour MPs who are critical of Mr Corbyn’s leadership fear the anti-Semitism row has already inflicted long-term damage on the party.

“Not only will the anti-Semitism row rumble on,” Wes Streeting told Sky News, “[but] the damage to the Labour Party and the confidence in the Labour Party amongst Britain’s Jews will be exacerbated and I think Labour will face a political crisis when we should be holding the Conservatives to account.”

On the day MPs return to Westminster after their summer break, Labour is once again pre-occupied by anti-Semitism.