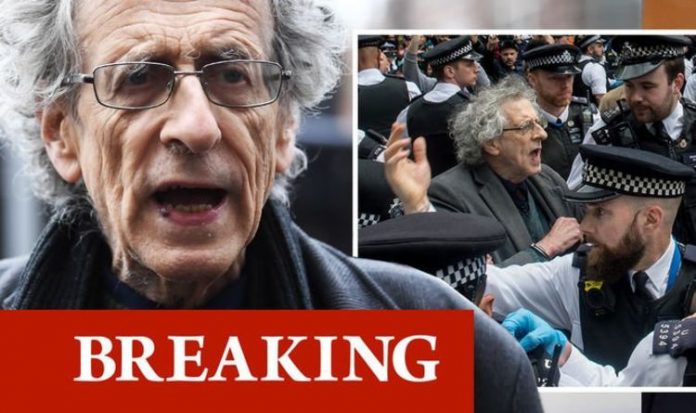 The 73-year-old activist and was found guilty of breaching the Government’s COVID-19 rules at an anti-lockdown protest in London’s Hyde Park following a trial at Westminster Magistrates’ Court. Addressing around two dozen supporters outside the court after the verdict, Mr Corbyn raised his fist in the air and said: “We’ve had a tremendous result.”

None of those present were social distancing.

District Judge Sam Goozee found the charge proven that he breached coronavirus rules during a gathering at Speakers’ Corner on May 16.

Mr Corbyn was seen writing in his notepad as the judge delivered his verdict.

It came after a two-day hearing at the court.

Returning his decision, the judge said: “Without the regulations in place, your conduct would have been lawful.

“But the enforcement of regulations was necessary for public health.

“Police took a measured response. You, however, didn’t engage with police – police action in arresting you was necessary and proportionate.”