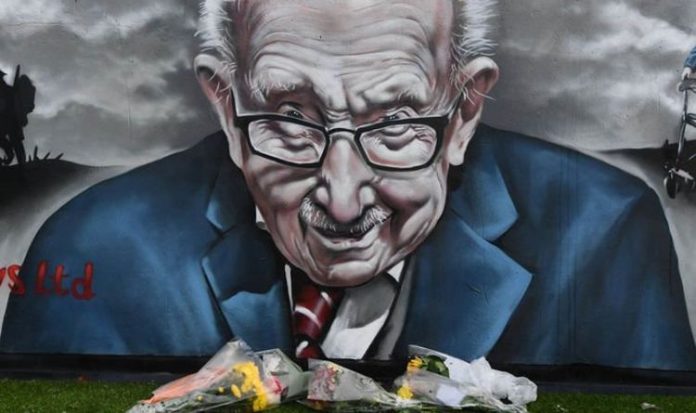 Little did he expect to reach a staggering final total of £33million – his target was £1,000 – or to later be knighted by the Queen herself in recognition of his incredible effort. His death aged 100 on February 2 led to tributes from around the world, calls for a statue to be made, buildings being lit up, a nationwide round of applause, and leading public figures paying their respects.

Now we’re proud to say there is a lasting online memorial to Captain Sir Tom, which you can add your message to as well.

The Daily Express and our sister titles across Reach plc, have collected 12,000-plus messages and counting from people simply wanting to say a few words about what he meant to them, and gathered them in one place to see and share.

Go to thankyoucaptainsirtom.com where you can view the messages, add yours and see the tributes which have been paid to him from your area – and help say ‘thank you’ to a national treasure.