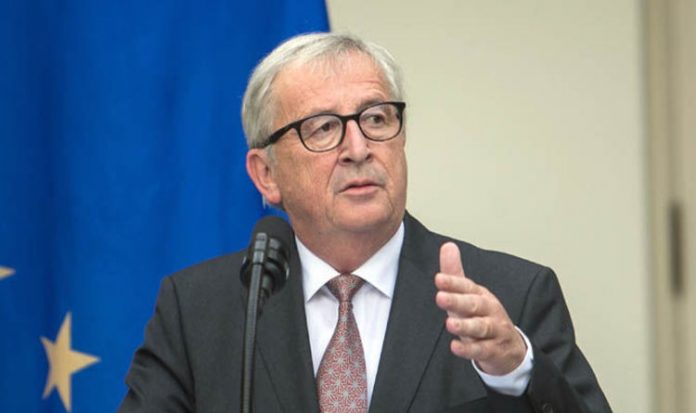 Jean-Claude Juncker, 63, urged the other 27 member states to unite against Theresa May’s proposed Chequers plan at his annual state of the union address to the European Parliament today.

The former Prime Minister of Luxembourg is the current President of the European Commission, a post he has held since 2014.

He previously served as Minister for Finances from 1989 to 2009, making him one of the longest-serving democratically-elected leaders in the world.

However he is not immune to controversies, including how much he earns a year.

What is Jean Claude Juncker’s salary? How much does he earn?

This means he earns more than British Prime Minister Theresa May who is on £152,532.

Who is Jean Claude Juncker?

The son of a steelworker father, Jean Claude Juncker was born in the small town of Redange in western Luxembourg near to the Belgian border.

He gained a degree in law from the University of Strasbourg and was later sworn into the bar in his home country, although he never worked as a lawyer.

What are the controversies surrounding Mr Juncker?

In November 2014, one year after Mr Juncker left prime ministerial office, he was embroiled in a tax haven scandal relating to his time in power.

The eurocrat has also angered Brexiteers with his repeated calls for great migration into the EU.

His latest plan is for the EU to send 10,000 additional border guards to patrol borders against illegal immigration by 2020.

How long will Mr Juncker be in power for?

The European Commission president in his last year of the job after vowing to step down after the 2019 European elections.

His sucessor has yet to be announced but you can find a list of prospective candidates here.