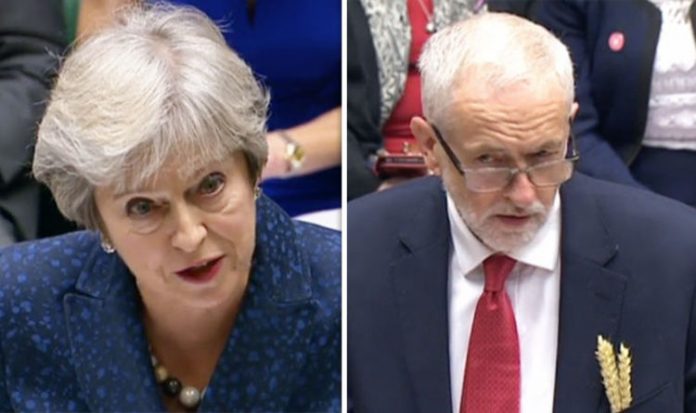 The Prime Minister is set to have to defend her leadership after weeks of coming under mounting pressure to drop her controversial Chequers plan for Brexit in recent weeks.

But Cabinet minister Michael Gove described rumours of a leadership challenge as “loose talk” that might undermine the mandate for Brexit.

The Environment Secretary insisted Mrs May was doing a “great job at the moment” as he urged Tory MPs to rally behind the Prime Minister.

Former Brexit Secretary David Davis said he did not think the Chequers plan would “fly”.

The Labour leader raises concerns over the growing number of British children in poverty.

He says: “Universal credit is taking people into poverty, forcing people to use food banks and could end up costing the system even more.”

Mrs May responds by saying by the Conservatives needed to “encourage people into work and make sure work always pays”.

She adds: “The Conservatives know that work is the right way out of poverty.”

This week’s edition of PMQs, the second since Parliament returned from summer recess, is underway.

All eyes will be on Theresa May to see if she responds to apparent threats to her leadership by Conservative Brexiteers.