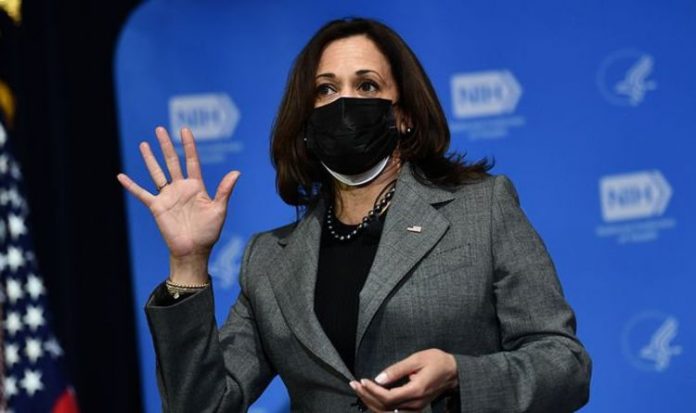 Vice Presidents and their spouses live in the 33-room Washington house, designed by architect Leon E. Dessez and built in 1893. Charles Denyer, American historian, detailed the history of the Number One Observatory Circle in his 2017 book named after the house.

The Number One Observatory Circle features a turret roof which is a staple feature of Queen Anne-style buildings.

Concrete columns at either side of the porch decorate the exterior, with green shutters bordering the windows.

After the Number One Observatory Circle was built, it became the house for the chief of naval operations in 1929.

In 1974, the Queen Anne-style home was designated the official residence of the Vice President.

The first Second Family to live at the residence was Walter and Joan Mondale, who only moved into the home in 1977.

All former Vice Presidents have added their own personal touch to the house, including Dan Quayle adding an exercise room and swimming pool praised by Joe Biden.

The Duchess praised Ms Harris ahead of the US election, but stopped short of explicitly endorsing her.

In an interview with activist Gloria Steinem, Meghan said when asked about Ms Harris she was “so excited to see that kind of representation”.

She added: “For me, being biracial, growing up, whether it was a doll or a person in office, you need to see someone who looks like you in some capacity.”

Ms Harris has also expressed her admiration for the Duchess, responding to Meghan’s 2020 post about racism: “Thank you, Meghan, for this powerful statement.”