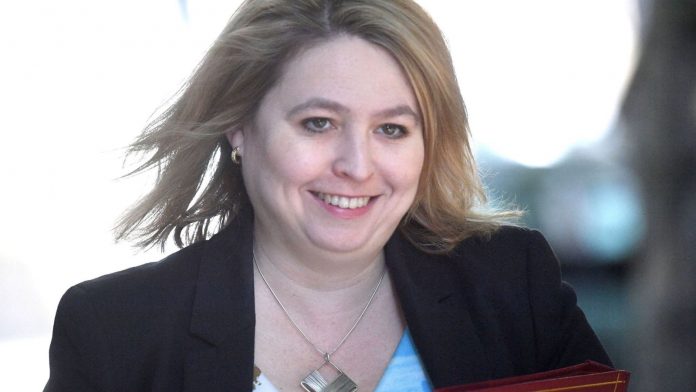 The Northern Ireland Secretary has said she initially did not understand that the country’s nationalists did not vote for unionist parties during elections.

Karen Bradley was appointed earlier this year and admitted at the time she did not comprehend that campaigns are generally fought within each part of the community rather than across it, as in her own parliamentary constituency.

She also said she did not fathom some of the deep-rooted issues which define Northern Irish politics.

She told The House, the weekly magazine for the Houses of Parliament: “I didn’t understand things like when elections are fought for example in Northern Ireland – people who are nationalists don’t vote for unionist parties and vice-versa.

“So, the parties fight for election within their own community.

Ms Bradley was appointed in January after her predecessor James Brokenshire stepped aside.

She said: “That’s a very different world from the world I came from, where in Staffordshire Moorlands I was fighting a Labour-held seat as a Conservative politician and I was trying to put forward why you would want to switch from voting Labour to voting Conservative.

“That is so incredibly different and it’s when you realise that, and you see that, that you can then start to understand some of the things that the politicians say and some of the rhetoric.”

Often the battle for seats at election time is between Sinn Fein and the Social Democratic and Labour Party (SDLP) or the Democratic Unionists, Ulster Unionists and smaller unionist parties.

The cross-community Alliance Party has made gains in some areas like Belfast in recent times.

It holds the balance of power between the two communities in Belfast City Council.

His call for unionist electors to support the SDLP in proportional representation elections and vice-versa as an alternative to the DUP or Sinn Fein backfired as a number of senior party figures lost their seats.

At the time he said: “I’m also the one who said this should be Northern Ireland’s first post-sectarian election based on the economy and education and health and housing and that I had a different vision, but the electorate disagreed.”