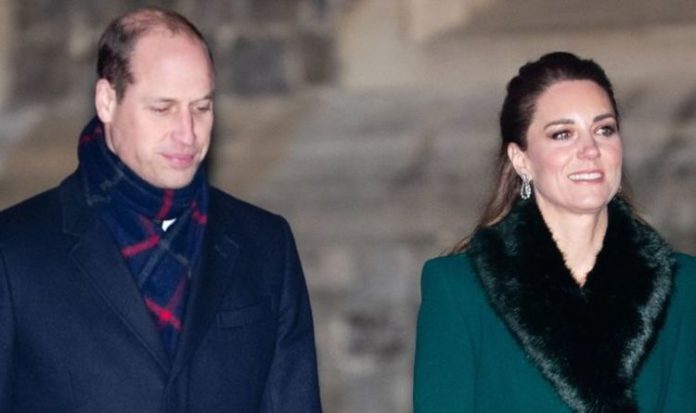 Royal commentator Daniela Elser analysed the ageing Royal Family and who looks set to take on the biggest bulk of the burden of thousands of royal engagements over the next decade. The expert believes there are four royals facing an enormous amount of work within the next few years, during which Prince Charles is expected to become King and other senior royals to retire.

Ms Elser wrote on News.com.au: “Prince Charles might have long been a proponent of a thriftier, slimmed-down version of the monarchy which has meant William’s cousins Princess Beatrice and Princess Eugenie essentially shunted out of the picture and shut-out of official royal life but the wisdom of that model looks increasingly shaky.

“The current working members of the Royal Family carry out more than 2000 engagements each year and hold 2862 official patronages.

“In 10 years from now, when Charles and Camilla are both in their 80s (and he will most likely be on the throne) the burden to meet this workload will fall to only four people – the Cambridges and Sophie and Edward.”

Kate, Duchess of Cambridge, in particular, the expert added, is “now facing decades of arduous service” as the youngest senior royal and future Queen Consort.

In her opinion piece, Ms Elser also argued Kate and Prince William will need to work hard to keep royal fans and the general public across the Commonwealth interested in the Royal Family after the Queen’s reign ends.

She wrote: “The palace needs the public to buy into the concept of a monarchy, which is why any growing disinterest is so dangerous for them.

“And it’s here that things get particularly rough for Kate, because it is going to fall to her and William to revive our flagging interest in the Royal Family, a challenge that is going to only get that much steeper when the Queen, who is widely beloved, passes away and King Charles III takes the throne.”

READ MORE: Kate and William forced to ‘separate’ on appearance due to Queen

Over the past 13 months, the Royal Family lost three senior royals.

In November last year, Prince Andrew announced he was temporarily stepping back from public duties after his notorious interview with Emily Maitlis focused on his association with Jeffrey Epstein.

On March 31, Meghan Markle and Prince Harry officially stepped down as full-time working royals to pursue a more private and financially independent life.

Prince Harry and Meghan have respectively 16 and four patronages, which they have retained despite stepping down.

Prince Charles is believed to have planned for a streamlined monarchy (Image: GETTY)

However, they are no longer allowed to carry out royal engagements and tour or represent the Crown.

Last week, the Queen hosted at Windsor Castle a socially-distanced gathering of the remaining senior royals – the Cambridges, the Wessexes, Prince Charles and the Duchess of Cornwall and Princess Anne.

A source has claimed the monarch came up with the idea of hosting a public meeting before Christmas.

And, they added, the Queen has also approved plans for what has been dubbed a “New Firm”, which will see these seven working royals collaborate more next year on causes they care about and royal work.

The source told the Daily Mirror: “The family are united in exploring the possibilities in working with each other to highlight the causes dear to their hearts, helping each other and the country at the same time.

Kate and Prince William speaking with the Queen (Image: GETTY)

Rumours Prince Charles was planning to slash the number of people holding HRH styles to optimise the number of duties carried out and the costs of the Crown were particularly strong in 2012, when the Queen celebrated the Diamond Jubilee.

On her special day, the monarch appeared on the balcony of Buckingham Palace surrounded only by five other royals – Charles and Camilla, Kate and William and Prince Harry.

People further down the line of succession to the throne were not included in the celebrations.

The rumoured plans for a slimmed-down monarchy are said to have deeply upset Prince Andrew in the past, who didn’t want to see his daughters Beatrice and Eugenie pushed to the margin of royal life.