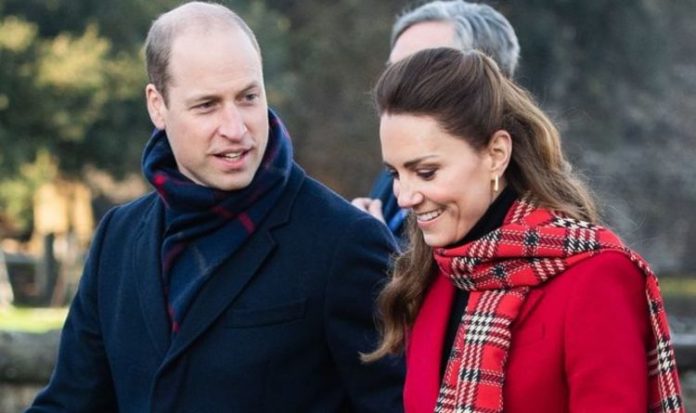 Kate, the Duchess of Cambridge, and Prince William will want to mark their wedding anniversary this year with a special celebration, according to royal commentators. The Duke and Duchess of Cambridge will be celebrating 10 years of marriage on April 29. The pair will also be celebrating the 20th anniversary of their first meeting as students in 2001. Royally Obsessed podcast hosts Rachel Bowie and Roberta Fiorito discussed what the couple could do for the occasion.

She continued: “Covid-providing, of course, they will want to make sure to mark the occasion.

“I think especially because Kate had to have such a lowkey birthday this year.

“It would be such a bright spot in the year with everything that’s still going on.

“Also it’s important for them as the future of the monarchy. It really shows how stable they are.”

“We are very familiar that she’s the oldest of three kids; Pippa was second born and then James last.

“She, as we also know, is a commoner and her parents met working as flight attendants at British Airways.

“I always think that’s such a fun detail.

“They founded Party Pieces when Kate was five.”

The future Duchess met her husband-to-be while they were both attending the University of St Andrew’s in Scotland.

After a few breakups, Prince William officially popped the question during a visit to Kenya and the pair publicly announced their engagement in October 2010.