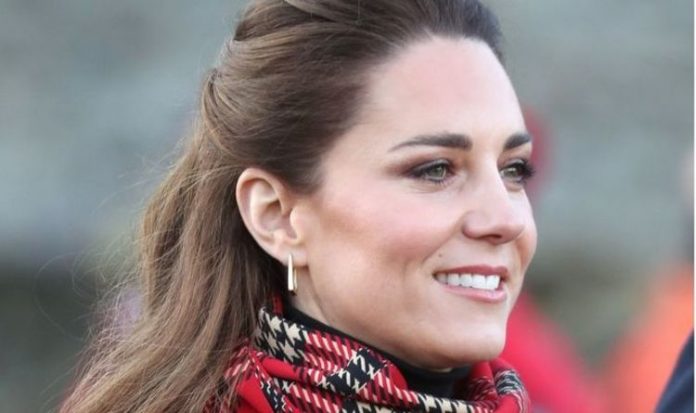 The Duchess of Cambridge edged out in front of the long-serving monarch in and exclusive Express.co.uk survey online which also revealed the popularity of Prince Charles and Prince Harry appeared to be on the slide. The results showed Kate was the most popular royal in 2020 with 42 percent (1,891 people) closely followed by the Queen on 36 percent (1,635 people). The third most popular royal, according to the poll, was Prince William on 8 percent (319 people).

Kate and Prince William have been outspoken about the necessity to support key workers throughout the pandemic.

The pair spoke out during the first national lockdown about the toll on mental health the coronavirus crisis is going to take on frontline workers, and pledged to make their “top priority” to support them as long as needed.

This year, Kate also launched two landmark initiatives – the 5 Big Questions on the Under-Fives, which eventually resulted in a comprehensive study on how important the country deems the first five years of lives for the development of future adults, and the Hold Still photography contest.

Just one percent (79 people) voted for Prince Charles whose popularity has taken a bashing over his negative portrayal in Netflix drama The Crown.

Charles and Camilla’s year is ending on a bittersweet note.

The Prince of Wales, who was diagnosed with a mild bout of COVID-19 in March, and his wife continued to work from their home in Birkhall during the national lockdown and stepped in for the Queen when she could not meet in person foreign leaders such as France’s President Emmanuel Macron.

In April, they celebrated their 15th wedding anniversary and marked it with their fans by sharing a relaxed picture of themselves smiling on the porch outside their Scottish home.

But last month, the couple experienced a flurry of negative comments and their Clarence House Twitter account limited the possibility to leave comments under their posts.

Two percent (120 people) voted for Sophie, Countess of Wessex, who has been volunteering with various associations throughout the pandemic on top of carrying out royal duties.

Insiders said she has been dubbed “the Royal Family’s secret weapon” for being able to step up to the plate and quietly do her job during a tumultuous year.

Two percent also voted for Princess Anne who remains one of the hardest-working royals and, similarly to Sophie, continues to work without fanfare with her patronages and associations.

A total of 4,572 took part in the Express.co.uk online poll between 12pm on Saturday December 12 and 8am on Sunday December 13.