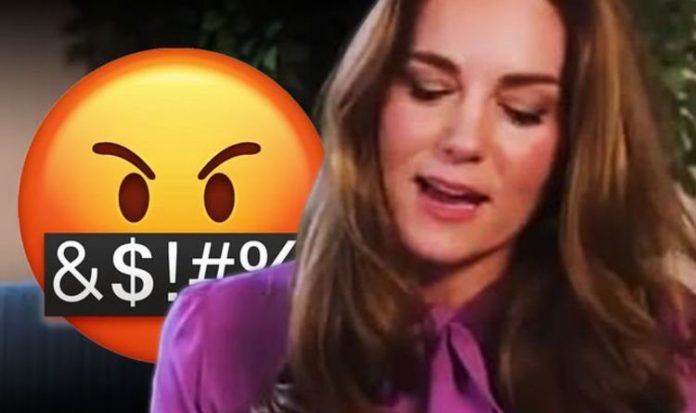 Thanking those who responded with questions about the video’s subject matter the wife of Prince William showed her iPhone 10 screen to the camera. The emojis that could be seen on the Duchess of Cambridge’s phone were; two girls holding hands, a cucumber, and a swearing face. Kate, 38, is involved in the Early Years campaign for greater action to provide support for children in their early years.

The mother-of-three shared the video on the Kensington Palace Instagram.

She thanked a “huge number” of her social media followers who sent responses and questions “with wonderful emojis attached to them”.

The Duchess then revealed her most frequently used emojis.

The most frequently used emoji by the Duchess of Cambridge is the two girls holding hands symbol.

Second to this is the pineapple symbol.

Her use of a swearing face emoji has caused the most surprise and made many fans wonder how she would apply this symbol.

In Kate’s repertoire of emojis, she also used the purple alien and vomiting emoji.

The cucumber symbol has been used by the Duchess to show her love of healthy eating.

READ MORE: Queen news: Who is in the Queen’s Christmas bubble?

Kate’s interest in the Early Years programme is driven by her desire to promote “the society we could and can become”.

When asked in the video about her “interest in the early years” the Duchess responded, “I actually get asked this question a lot”.

She added: “I think that people assume that because I am a parent, that’s why I have taken an interest in the early years.

“I think this really is bigger than that.

“This is about the society we could and can become.”