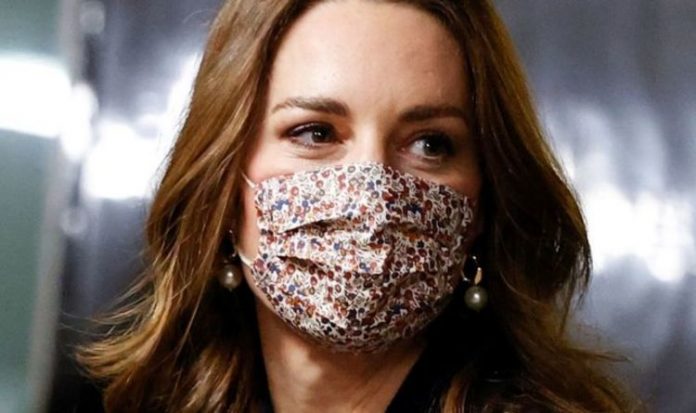 India Hicks, the granddaughter of late Lord Louis Mountbatten, said to “hugely admire” Kate and Prince William for having been able to find a compromise between public and private. In a rare interview, the goddaughter of the Prince of Wales called the balance between public and private a “nightmare” before speaking of the Duke and Duchess of Cambridge as a positive example.

Arguing how William and Kate deal with the public sphere has helped to modernise the institution of monarchy.

“That’s why I am hugely admiring of Catherine and William.

“I think they have found the balance, because they really do have the ultimate nightmare of that public versus private thing.

“She is so brilliant, though, feeding the press just enough of her children’s birthdays, for instance, that everyone feels, ‘Ooh, lovely’.

“Yet they’ve still managed to keep it private.

“So when everyone talks about the modernisation of the monarchy, they have done it.”

READ MORE: Kate and William slammed for UK tour as Britons advised not to travel

Prince William and Kate regularly open the doors to their home to royal fans, sharing portraits and pictures of their children and themselves on key dates – such as birthday and Christmas.

The Cambridges are also very present on social media, where Kate and William have shared a few personal messages over the past few months.

Over the spring, when thousands of Britons were submitting their pictures to the Hold Still contest she launched, Kate was spotted leaving comments under these portraits via Instagram.

The couple has also opened up on loss, writing a message on Instagram last month in which they told their fans their beloved dog Lupo had died.

On November 22, the couple shared a picture of Lupo on their social media channel.

“He has been at the heart of our family for the past nine years and we will miss him so much. – W & C”.

Ms Hicks continued saying it can be difficult to be part of the Royal Family even when you were born into it, and it is even more complicated for outsiders.

However, she added: “Catherine has done it. And in a very respectful way, as well.”

Being the goddaughter of Prince Charles, Ms Hicks has been close to the Royal Family since she was born.

Aged 13, she was one of the bridesmaids at the Prince of Wales and Princess Diana’s wedding.

Now, after having been in a relationship with David Flint Wood for 25 years, she is set to get married herself.

The nuptials were scheduled for early December, but the couple pushed back their big day to February due to the current coronavirus regulations in place.

Speaking about her wedding, Ms Hicks said: “It’s going to be tiny.

“Look, we even have the word tiny on the invitations: 30 guests only.

“I want it to be tiny and cosy and meaningful, and I want to nip across the road to the pub afterwards.”