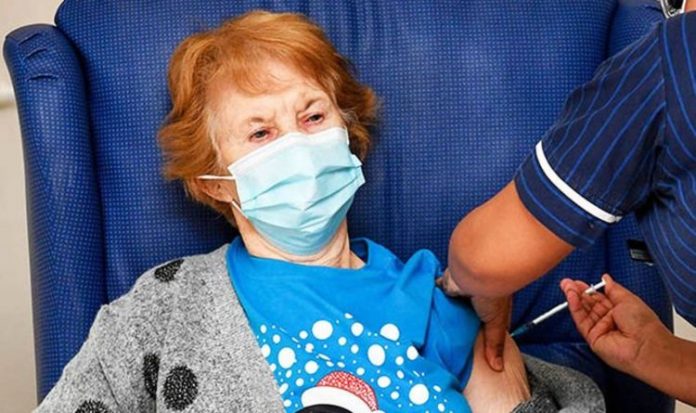 He told Sky News: “It has been such a tough year for so many people and finally we have our way through it – our light at the end of the tunnel, as so many people, are saying.

“And just watching Margaret there – it seems so simple having a jab in your arm, but that will protect Margaret and it will protect the people around her.

The second person in the world to receive the vaccine has brought even more smiles to many around the country.

The second recipient of the vaccine and the first man in the world to receive the vaccine is a man named William Shakespeare from Warwickshire.